One of the things I didn’t get — and still don’t quite honestly — is that when perfectly rational snarky, sarcasticky, and profaney people go on Twitter, they automatically check those excellent personal qualities at the login page. Either that or someone has been fiddling with the bar on over-the-top snarky and sarcasticky statements again because it is way too high! I guess the trolls have floated that bar to the top of their cesspool. Thanks Obama!

So, @VABVOX otherwise known as Victoria Brownworth. I was a little leery to include her name and links and stuff, but I’m not doxxing her. She’s out. It’s on a public forum. And, nothing really bad has happened. But, it is just weird in so many ways. It is just weird to me. Maybe it’ll be weird to you, I don’t know. But, do tell me what you think in the comments about using her name and links here and the whole strange occurrence.

The Seeds of Discord

If you want to follow the entire thing, you can follow the link to the tweet. My mom just called with a big I told you so! She’s always been so sure that my “sense of humor” would get me in trouble one day, and she thinks this is it. If she only knew! And, by that, I don’t mean anything, mom, so don’t ask!

Full disclosure: A week or so ago,I read a tweet by @VOBVOX about the electoral college for all love! I can’t even remember what she tweeted; I looked for it, but twitter can be hard. Whatever it was, I felt like she was misrepresenting the way states award their electors, so I answered her that most states are winner take all — they are, it is a perfectly true statement. I think she may have said something like they hadn’t done their job, now that I’m mulling it all over again.

There are some nuances here. I don’t think, but I could be wrong, so please correct me if you actually know, that no state legislates that their electors vote for the majority vote getter of the state, but it’s been that way in practice with a few exceptions. She told me I was mansplaining and she wasn’t havin’ it. I didn’t think I was, but what do I know, I’m only a man.

Eventually, it got to Sanders — why do all political discussions between liberals/ progressives get to Sanders — whom she believes is running for president in 2020 because he’s out making speeches and raising money. Fair enough. But, I point out that he will be 75 in 2020 and not likely to run at that age. She points out that he is 75 now and will be 80 in 2020. Okay. Fine. She remarks that we’re fighting. I say we’re not. She corrected my facts, so we’re fighting. I say she corrected his age, and that ain’t much of a fight.

A bit more, and she tells me that I don’t know much about politics, so she’ll give me a pass. I tell her that she’s condescending and been on Twitter too long. Whatever. But, it seems like she’s playing the I am an award winning reporter card, so she has true facts and I have stupid opinions that don’t stack up and surely I must be trolling her or something.

In short, the entire exchange is ridiculous.

So, earlier today, I see her tweet about men being utterly befuddled and stuff. It gets to me, so I snark off back to her wondering if she will realize I’m being snarky. To me the statement, “What can women say that men haven’t” is utterly ridiculous, and that extending the remark to “What can Clinton say that Sanders hasn’t?” riffs off of his criticism of her book tour shortly after his. I mean, seriously, can we be even more 12th grade homeroom with this?

I’m at an International Baccalaureate  workshop, and my phone starts blowing up as they say nowadays. I check in a quiet moment, and I’ve got 65 twitter notifications. As some twitterer pointed out most helpfully, I have 70 followers so I must be a bot. I have 72 followers, so there! And if you can’t recognize that as self-deprecating tongue-in-cheek sarcasm, you must be dead. I don’t know. I haven’t heard back from her.

With 72 followers, though, I’m lucky to get a notification a week much less 65 in a day. So, I check, and it’s people responding with outrage at what I thought was over-the-top sarcasm that surely everyone and her Russian-bot dog would recognize. Now, here’s the really interesting part.

Almost no one is truly ugly. About the worst of it was, “You should be throat punched.” I answered that I did not agree. Sheesh. Really? Most people were some version of Man, that’s fucked up. I’m pretty amused — did I mention that my super power is being easily amused? — but also nervous because I’ve heard about these situations turning abusive. Not that I’m too worried about it. They’re tweets for god’s sake. It’s not like I’ll plunged in Hitchcock’s The Birds or anything: They is only birds Suzanne Pleshette’s character! Don’t let them peck your eyes out and die from their magic! Wring they little necks and flap your arms about! Doxxing is something else, but tweets. Meh.

There was a fair number of, If this is sarcasm, it fails. Fair enough. It clearly did. Communication is a two-way street. It consists of both the message I intend to send and the one that is received. They never match perfectly, but the further apart they are the worse the communication and the more likely it is that a misunderstanding will result. I get that. I may not be an award winning reporter or anything else, but I am a social scientist and teacher. I get it.

I also get that anger begets anger. People react angrily to someone being angry at them no matter what the circumstances, so I’m very judicious with my anger. I am not angry now or at any point. Befuddled, bemused, confused, apprehensive, yes yes and yes, but not angry.

Being understood is a fundamental necessity in life. It is the foundation of all successful psychotherapy. I constantly wanted to explain myself. I thought if they only knew… It’s also the foundation of  most fights since most are based on, if I just explain my side of it one more time, the other person will understand and agree with me. They won’t and they won’t. Anger begets anger, remember?

After a bit of thought, I decided that I should apologize to everyone. It’s only 140 characters including the @whoevers, so explaining yourself isn’t easy. I apologized and explained that I had failed at my attempt at sarcasm. I am sorry. There wasn’t a lot of consternation expressed, but we live in a world with too much vitriol. To add to it makes me feel bad. To  each person I could, I tweeted a personal apology.

But, you know I was in a workshop and trying to do it in breaks and lulls, so I was in a hurry. Several things happened:

Just so you know, an apology has three parts: (1) Sincerity. You have to be sincerely sorry and apologetic. You have to feel it and mean it. And, I do. I’m sorry because adding stress to already stressful lives was not my goal. I failed in my communication, and, instead of amusing,, I consternated people. To each and every one, I sincerely apologize. I made your life just a little worse today. Stress, after all, is additive.

(2) You have to promise not to do it again. And, I will learn from this experience. I am an autistic looking for rules. I learned the rules of humor and sarcasm along time ago, and I’ve been making good use of them ever since. As implied, sarcasm has to be so over-the-top that it is ridiculous, but just credible enough to leave the door to doubt ajar just a bit. I failed at that balance in part because I didn’t fully appreciate how coarse our discourse had become. People read that and believed it — some even responded to my apology saying that they’d seen people saying similar but being serious about it.

Man, the world is fucked up today and i added to it. The other problem that I have with what I did was that I made it more likely that a reader who took me seriously and had a misogynistic streak would be more likely to act on it at their next opportunity. That’s fucked. I’m sorry. I won’t be doing it again. Twitter is a powerful device.

And (3) you have to do something to make it up to the offended party. Other than making a very public mea culpa, making a concerted effort to reach everyone who answered the tweet, and communicate my apology and promise to push my sarcasm to even greater extremes in the future, I don’t know what else I can do. But, if someone has some ideas, please let me know in the comments.

Now, here’s the kicker, though. I answered @VOBVOX at 8:30ish according to the time stamp. At about 8:32, she asked if was joking. At 8:34 she posted this pair of tweets quoting my tweet. I hadn’t started my extended mea culpa, yet, but I didn’t come across them until the evening hours after all this happened. I felt a little betrayed. I can’t help it. It seems mean some how or exploitative. I don’t think it is, though.

Twitter is fast. Faster than Facebook. You jump into those waters, you have to expect to be swept along in their heady stream.  @VABVOX asked for a clarification, but can you blamer for not waiting five hours for my answer before using my tweet to make her point about misogyny in our culture? No, not really. It is our reality. We adapt to reality, not the other way around.

A part of our reality is to be assumed to be a troll. When in doubt assuming trolling and fire back with everything you’ve got to put that damn troll in his place. Trolls are vicious sadistic narcissistic Machiavellian assholes. You can’t give them an inch. If you catch a good-natured snarky, sarcasticky, profaney SOB in that net, it is collateral damage.

The remarkable thing is that more people weren’t just threatening and vitriolic. I guess that’s a good thing. I guess it is a significant difference between liberals and conservatives nowadays. 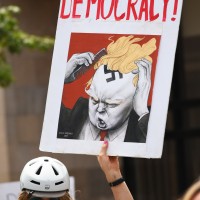 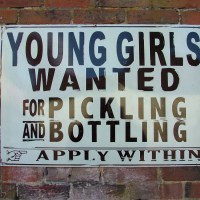 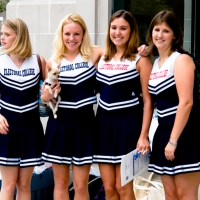 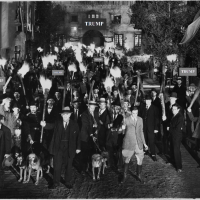 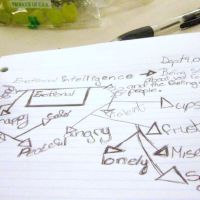 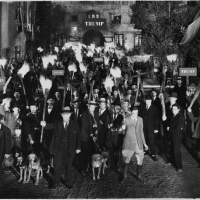 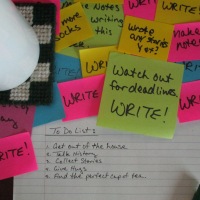 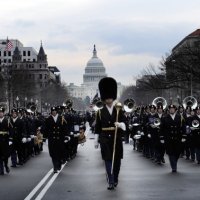 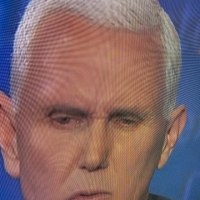