Nanci Griffith Dies and My Friend, Grief, Comes in for a Visit

Back in my misspent youth, which isn’t to be confused with my misspent adulthood, or my soon-to-be misspent retirement, I was known to go out to the occasional honkytonk and dive to listen to live music as we did before #COVID19 stalked the land. One of my favorite performers was Nanci Griffith.

I don’t usually react to celebrity deaths. I like certain celebrities. Not many. Truthbetold, I hate certain others. I won’t see a Adam Sandler movie, for example. Just can’t stand the man. But Nanci Griffith was an exception because I LOVED her. Not in the creepy stalker way, but her voice whether it was in song or in storytelling spoke to me. It lifted my spirit. It filled me with hope. It opened my heart. It freed my mind. It told me that all things were possible. It was magic.

Honestly, I hadn’t listened to Nanci Griffith in years. I hadn’t even thought about her until about a month ago when she came to mind for some reason and I looked her up thinking, I wonder what Nanci Griffith is up to. I found out that she retired from performing recently. Now she has passed. She was only 68.

Grief has been kicking my ass recently. I mean, it has become a constant companion and it flows just beneath the surface for me now. Any little thing can cause it to break through and wrap me in its bittersweet embrace.

Ever since #COVID19 started, I’ve been flashing back to the bad old days of AIDS in the late 80’s and early 90’s. Those were the years that I used to go see Nanci Griffith perform. From a Distance will always bring me to tears. Back in those days I was fresh out of how-to-be-a-social worker school. The economy was crap. And, I got a temp job working at the local health department working in their newly created HIV unit doing test counselling. I mean it was brand spanking new. Why they hired me, I’ll never know. Really. The guy who hired me died of AIDS two years later.

I LOVED the job. I interviewed people about their risk for HIV, which meant doing a sex and drug history. It taught me so much. I learned how to talk to people about delicate matters. I quickly learned the language they were comfortable with and would adopt that. I learned how to subtly help them relax and build the rapport that you need to get a solid sex history out of someone.

I started a gay bar testing program. I convinced the health department to sponsor it. I recruited and trained volunteers to staff it. I scheduled everyone’s visits. I supervised the volunteers. I kept up with our numbers: how many people tested and how many actually got their results.

I went to the bars myself on one of the evenings to do the counselling. The first evening, I went to the toilet and the guy at the urinal next to me slapped my ass and asked me if I needed a ride home. One of the first guys I interviewed, told me I wasn’t gay. I wasn’t. Not that it matters. But, I was a little uncomfortable. I guess it showed.

By the end, though, I could have headache with anyone. I was straight and married, so I turned down the gay men and the fag hags both equally enthusiastically.

I could give the results, too. I put together the HIV positive information packet because it was anonymous testing. Once they walked out that door, there was no getting them back for that thing you forgot to tell them. They never came back with questions, though, either. It was hard giving someone positive results, processing that news with them, and then watching them leave.

There was the day when I had to give out nine positive results. It was numbing. I remember every positive result I gave out, except for that day. It all blurred together sometime in the middle of it. That day helped me realize that I wanted to do more, so I took a job as a case manager at the AIDS services non-profit that were starting to pop up.

My specialty was getting people their Medicaid approval. It wasn’t an automatic disability back then. It was the Reagan administration and they wouldn’t even say the word AIDS. There were frequent denials, so I did what any good social worker does: I got to know that workers who processed the claims. I could only talk to them on the phone — I think they were in Albuquerque; I don’t know anymore — and I knew they were busy, but we got to where we recognized each other’s voices and learned each other’s names. My main thing was how to make it easier on them, especially after the poor fellow who was dying of AIDS had antagonized them somehow. I could get whatever test, document, signature, testimonial, whatever it was they needed, if they would just tell me. It became worth their while to find the chart and flip through it and tell me exactly what was needed. I think a lot of social workers probably did that. I know that some of my co-workers, didn’t though.

I could sweet talk the churches, too. They provided a lot of medical equipment to be used at home, meals-on-wheels, that sort of thing. Some of them required you to be a church member, though. It always required a bit of finesse given the relationship between the church and gay men. Not all of our clients were happy about accepting their help, either. They required some sweet talking, too.

Sweet talk. I guess you really do catch more flies with honey than you do vinegar.

Getting those guys services that they deserved was the least I could do. It was the most I could do, too, as it turned out. There was no preventing the inevitable. Other than Magic Johnson, there was no one from that era that survived AIDS.

I gave people their positive results, did their intake when they developed AIDS, and went to their funerals when they died of it. Over and over and over again. It was endless.

That really is the issue for me. You couldn’t stop it. No matter how hard you worked. No matter how close you got to the clients, their families, friends, and partners, the doctors, nurses, service providers. No matter how sweet your talk, death always came for them in the end.

It’s taken me twenty-seven years to realize that I saw it as my job to cheat death. To save their lives. I couldn’t stop it from happening. I couldn’t stop the diseases, symptoms, death, or grief. In the end, there was nothing I could do other than make sure they got services and had a place to process their grief.

I think I will take this grief and guilt to my grave. I don’t think I can ever process it sufficiently to be completely rid of it.

I listened to an interview with an ICU nurse in Mississippi the other day. She was talking about the difference between the #COVID19 surge of the winter of 2020 and this one in the summer of 2021. She said that back in the winter when you talked to families about end-of-life plans, it was hard, but… the patients were usually older and everyone had already been thinking about it. We get older. The older you get, the more likely you are to die. Everyone who gets older thinks about dying. Everyone thinks about the passing of their parents. It’s just a fact of life.

But now, the patients are young and you’re doing end-of-life with their parents or spouses… just like with AIDS back then. I could hear it in her voice. The horror of not being able to stop the inevitable, and I just lost it.

I fell to my knees sobbing.

“The Best Of Nanci Griffith” by Brett Jordan is licensed under CC BY 2.0 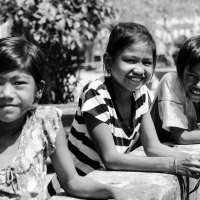 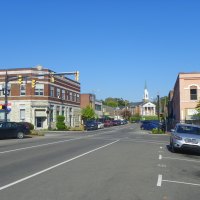 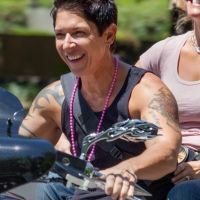 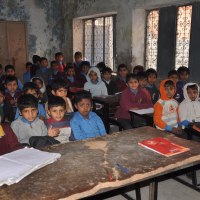 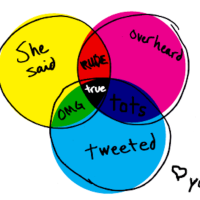 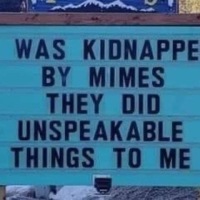 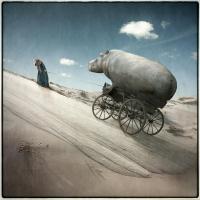 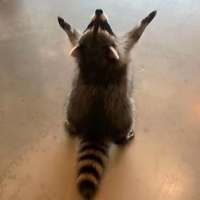 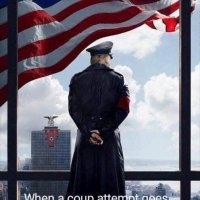 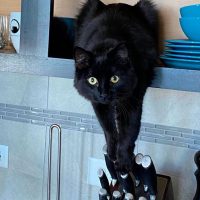