Here’s a great article — if you’re a nerd like me — on the pros and cons of psychiatric members of the AMA speculating on the Ol’ Pussy Grabber’s mental health. It is everything from don’t do it! to just go ahead and do it, you know you’re thinking it. There is plenty of room to agree, disagree, mince words, split hairs, put too fine a point on it, put a ring on it, and explore subtleties. You know there ain’t no Ol’ Pussy Grabber supporters going to be able to tolerate this boring nuanced shit, amirite? Well, if you’re into it, here it is.

The Goldwater Rule and Presidential Mental Health: Pros and Cons

With President Trump’s mental health continually in the news, Dr Nassir Ghaemi explores the pros and cons of a rule barring doctors from diagnosing from a distance.

At this year’s American Psychiatric Association (APA) meeting in San Diego, Dr Philip Candilis and I organized a symposium[1] on the Goldwater Rule, the 1973 statement in the APA’s Ethics Guidelines that has come to be seen as prohibiting any commentary on any public figure by any APA member psychiatrist. This symposium included two former APA presidents, a former head of Central Intelligence Agency (CIA) psychiatry, and a psychiatrist-philosopher.

The audience in attendance exceeded the allotted space and, in conversation with the panel, the allotted time. Dr Candilis and Dr Alan Stone, a former APA president, both forensic psychiatry experts, were unable to attend in person, leading to a final panel of four speakers and a discussant. 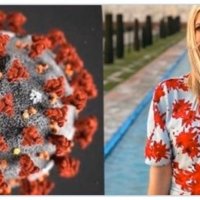