All of my jets are lagging, y’all! It’s been a while since my sleep cycle has been this disrupted: asleep at 9:00 PM, up at midnight, back asleep at 4:00 AM, up at 10:00 AM. I’m getting enough sleep just not at the usual times.

So, yes, we’re home… um… back in Cambodia for those new to Ye Olde Blogge. We already miss Paris, especially the groceries and by groceries I mean cheap baguettes, butter, cheese, and wine. Who knew bread and butter could be so good!?!

Here are some general observations about things in general:

So, that’s what’s been up for Ye Olde Blogge. We’re still not back to our regular erratic posting schedule, but we’re closer. Damn PDA and unstructured time.

I found A LOT of interesting news about animals in the news this week. Everybody knows Ye Olde Blogge is a sucker for animal stories, right?

If you’ve had any cute encounters or deadly encounters with animals this week or read about any in the news, let us know in the comments! We’d love to talk about them.

As always there were an amazing number of interesting and compelling blog posts up during the week or so. Here were some of my favorites:

A little humor, a little insight, a little bit of the realer side of of life. The blogosphere has a bit of everything and something for everyone.

Friends of the Blog

These folks are the tried and true. The folks who are visiting, commenting, linking and giving Ye Olde Blogge a raisin to eat or whatever the saying is.

“Pigs to Market, Pagasinan, Philippines” by www.bluewaikiki.com is licensed under CC BY-SA 2.0. 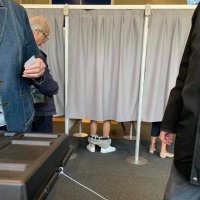