This Christmas season has been one of frequent and painful gifts delivered to the Ol’ Pussy Grabber with each day seeming to deliver bad news from one investigation or another, bad economic reports, or political challenges from his party or the opposition. These many setbacks inflicted narcissistic wounds that, judging from his tweeting have caused considerable pain and consternation.

Early on it left him off balance and tilting at windmills both real and imagined, but he’s now returning to equilibrium and getting his narcissistic swagger back. You can tell because he’s starting to avenge the many narcissistic wounds that have been inflicted on him.

We’ll use the hoopla surrounding the Secretary of Defense’s, Jim Mattis, resignation and his very public ass whooping by Nancy Pelosi over the stupid wall as examples of how the narcissistic wound occurs, and his responses to them for how he copes.

When Mattis submitted his letter of resignation, we all assumed that the Ol’ Pussy Grabber read it, but given his initial tweet — Mattis is retiring after serving honorably or whatever load of soft-shelled crap he tried to sell us — it’s clear he didn’t. Then after the press started in on the OMG Mattis really rebuked him, the Ol’ Pussy Grabber made a claim that is unbelievable even by the low standards we’ve come to expect from him: he CLAIMED to have read it — as if the dyslexic old goat eating all of the presidential records in the Oval Office actually can be bothered to read — but he hadn’t realized how insulting the letter was until he saw it on Fox and Friends.

Seriously, that’s what he is claiming. If you haven’t already read the infamous letter, you can read it for yourself at The Guardian, Jim Mattis’s resignation letter to Donald Trump – in full

Now, after having been set straight on the meaning of the content of the letter, he’s claiming that Mattis was a pity hire (kinda like Flynn?) since Obama had let him go in “disgrace,” pushing him out of office two months early, and replacing him with the know-nothing lackey he had picked up cheap from Boeing and installed as the Under Secretary of Defense.

First of all, the whole counter-punching thing just means he lacks the executive functioning to actually analyze, predict, or strategize any type of interaction or response. He can only react. It’s the main reason he’s such an amazingly destructive person. He can only fight and only after the narcissistic wound has been delivered.

Wouldn’t he be less embarrassed by the press pointing out how Mattis had gone all rebukey on his pale hairless fat ass if he’d’ve just read it, understood it, and responded appropriately in the first place? Why go to all the trouble of claiming you read the letter when you clearly haven’t?

As always the place to start is his narcissism. He believes everything he says, thinks, or does is not only the #bestest thing to say, think, or do, he believes it to be absolutely true. And if he believes it, then everyone else does, too. After all, he is the cleverest very model of a very stable genius, so he can fool everyone with with his #bebestest tricks. You know like when he posed for a picture at the Resolute Desk with a stack of blank papers in portfolios and pretended to be signing one tweeting that he was presidenting so hard — like the only things presidents do is sign bills — why aren’t the Congressional Democrats congressing equally as hard and passing his build a wall bill as if Dems controlled Congress.

Of course, you knew the whole thing was a lie since Congress hadn’t passed that many bills in the entire session. I can only imagine what the intern who sat up the photo op was thinking after it had been explained to her: “But no one is going to believe this!” she would probably have protested to Kellyanne Conway. “Shut up and do it,” Kellyanne probably told her, “you know it doesn’t matter whether anyone believes it or not, but that he thinks they do.” “But it’s just so stupid,” she probably thought.

Those kinda bullshit things are just a symptom of his extreme narcissism: he thinks he’s fooling us. Seriously, his “library” is gonna be fulla that shit right there and the only thing anyone will do is laugh at his pathetic dumb narcissistic ass.

Not reading the letter is a combination of his narcissism and his executive dysfunction. His narcissism because he believed that he knew what it would say: “Thank you for being the #bebestest very modern model of a very stable genius that a humiliated Marine Corps general like me could ever hope to serve and because I was so wrong on Syria and everything else I have to resign now. You can haz all of the withdrawal from Syria now.” What else could it have said, right? Why bother reading when you know more than the person writing the stupid letter in the first place. Narcissists really think like this.

It’s also due to his executive dysfunction because reading takes effort, especially since he’s probably dyslexic (really, he probably is). He just doesn’t have the discipline, concentration, or short-term memory capacity necessary to accomplish the task.

This is the problem with having someone with such extreme executive dysfunction and extreme narcissism in charge: he cannot tolerate doing the work necessary to make an informed decision, but he is so supremely confident in his every decision, he doesn’t second guess himself. He’s willing to go chasing after any old shiny object that tumbles down any old rabbit hole and brag that he is the very model of a very stable genius.

He knew Mattis didn’t agree with his decision to withdraw from Syria and at the end of the “meeting” in which the Ol’ Pussy Grabber made clear his decision was a done deal, Mattis immediately resigned. In fact, he had come prepared to resign if the I’m Pussy Grabber couldn’t be dissuaded. How could anyone have thought that the resignation letter was going to be the perfunctual polite resignation and not one making a point about why the sudden resignation happened.

The Ol’ Pussy Grabber was publicly humiliated by the letter because he hadn’t read it and hadn’t guessed it’s content like any normal human being would. It wasn’t until the news media made a big deal out of it that he understood just how foolish he looked. Thus, it became just another in a long series of blows to his carefully crafted #bestest brain, words, and genius facade. Therefore, General Mattis must be publicly humiliated and punished. Preston bingo and Ingus is your racist drunk uncle, Mattis is being forced out early and a know-nothing lackey is being installed in his stead.

The getting his narcissistic swagger back and avenging a narcissistic wound also explains the government shut down: he’s “counter-punching Nancy Pelosi! Okay, okay stop laughing! I’m serious! He thinks he’s going to make this a Democratic shutdown and hurt Nancy Pelosi in the polls.

Nancy Pelosi, who is a woman with her very own vagina, humiliated him on national TV in front of Ann Coulter and Rush Limbaugh and Fox and Friends and his base and everybody, so he has to counter-punch like they were trying to pull a fast one when he agreed with his very own party’s leadership to pass a continuing resolution in the Houses of Congress that his very own party controlled to keep the government open for just a little bit longer so they could continue negotiating to get him some funding for his stupid wall that no one wants.

But when mean old Nancy Pelosi wouldn’t acknowledge his #bestest stupid wall plan and agree to fund it because he shouted wall at her elebenty billion times and pointed out how dumb she was because he won the Senate (haha, you can’t win what you already have), people talked about voting against her as Speaker but no one ran against her (talk is cheap, ain’t it?) and how he could pass the funding for the wall in the House (“Take the vote and see,” because no body counts House votes as good as Pelosi does!), he realized a woman with her very own vagina wouldn’t let him grab her by the pussy, hell, he couldn’t get close even though he tried like a bitch.

So now we have a needless unnecessary government shutdown just so the Ol’ Pussy Grabber can glue the shards of his shattered narcissistic facade back together so he can continue blundering through life destroying everything he encounters.

One last point before we go. This is why he’ll never resign, defect, or commit suicide. He’ll never feel trapped until it is too late. He’ll reel from the blow, he’ll rage and scream his impotence, and he’ll counter-punch ineffectually, but in the end his narcissism will always convince him that there is a way that he’ll “win” because he is the very model of a very stable genius. 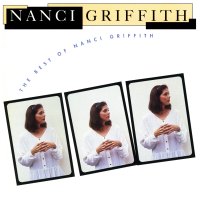 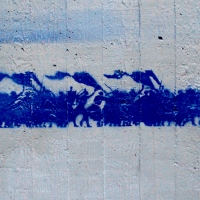 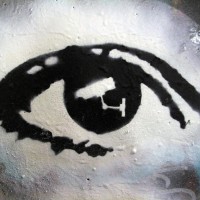 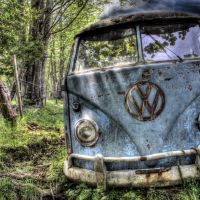 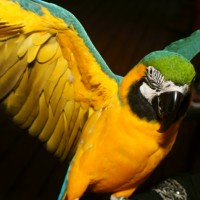 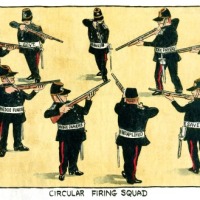 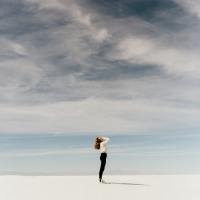