Festivus 2020: This Year was made for FESTIVUS! Come Celebrate with Ye Olde Blogge

If there weren’t a year where gathering via Zoom around the Festivus dinner table with family and friends to Air Grievances was made to order, it was this year. Can I get an AMEN? If there weren’t a year where we needed the Feats of Strengths, it is this year. It’s as if god were telling us to celebrate Festivus and forget all about Hanuka, Christmas, Kwanzaa, and any of those other mid-winter festivals.

This year, we here at Ye Olde Blogge, have decided to go all out for Festivus. We’re going to make multiple posts about Festivus and see if we can’t get everybody ready for the big big day.

Festivus is the holiday for the rest of us!

The Seinfeld Origins of Festivus

Festivus started in the ninth season of Seinfeld with an episode called The Strike! It is introduced when George opens a Festivus card from his father, Frank, in front of Elaine and Jerry. We find out that Frank invented Festivus when George was a child and that George HATES Festivus. Of course, in the next scene Kramer finds out about it, and, clearly, his curiosity is piqued.

The Costanzas, we are told, haven’t celebrated Festivus for years other than the card sent from father to son. It is unclear just how sporadically the card sending has been. But, with Kramer’s urging, a Festivus dinner is organized for this year on 23 December!

Frank Constanza tells Kramer this story of how the holiday came into being:

When George was a child, his father, Frank, had gone out to buy him a doll for Christmas. Frank found that when he was reaching for the very last doll of that kind, another man was reaching for it too. And, while he was beating the other man senseless, it occurred to the senior Costanza that there had to be a better way, “and a new holiday was born!”

The O’Keefe’s Origins of Festivus

But, wait there’s more: Apparently, the idea of Festivus came from Dan O’Keefe’s FATHER. Dan was one of the writers for the show. Although, I’ve yet to uncover any more of the origin story, there are differences between the O’Keefe family’s celebration and the Costanza’s. Those will be noted in the next section because the similarities are much more interesting, namely that Dan was embarrassed by it much like George was and didn’t want to bring it up in the writing room. His brother told the other writers about it and the episode was born!

If you have more information about the origins of Festivus, please share them in the comments. I’d love to hear them.

The Traditions of Festivus

Here’s the inside skinny on Festivus:

Be on the look out for posts consisting of Festivus greeting cards and shopping opportunities! It’s all in good fun, just in time for the Holidays.

“Happy Festivus” by The Master Shake Signal is licensed under CC BY-NC-SA 2.0 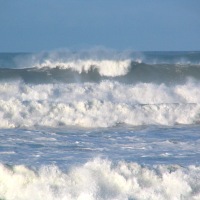