Recently we learned these cheerful heartwarming facts from the news: Donald Trump had a white nationalist placed on his California delegate slate who was a white nationalist. After striking him from the list and blaming a database error, the white nationalist group posted that (a) there were more delegates on Trump’s slates and (b) more white supremacists will become more visible especially if Trump is elected. Is there something about Trump that causes this type of person to come out into the open? Is there a reason other than white racist assholes flock to white racist assholes in the hopes of starting their fabled race war? Is there a rational, logical, scientific explanation for why we are suddenly immersed in open racist derp?

There have been a slew of news stories about women being falsely accused of being a transwoman in the ladies room! And an actual transwoman being roughed up and evicted from a ladies room. Who coulda predicted this alarming trend? No one really. It is all just a mystery. Or is it?

Trans people are frequently the targets of hate crimes and violence and trans people of color are even more often targets of abuse and violence. But, it seems to be in the news more and regular everyday people are talking about the risk that trans women in the ladies room pose. Is there a link between the North Carolina and Mississippi laws outlawing trans people in the bathroom and the recent incidents of ugliness against women?

The climate is serious. Derisive and derogatory discourse, expatiation, screed has an effect on those who hear it. And disparagement humor seems to have an even greater effect on the behavior of those that are exposed to it.

Thomas Ford has researched the effects of disparagement humor extensively and has developed prejudiced norm theory. The theory states that for people who are relatively high in prejudice against the targeted group, disparagement humor will increase the tolerance for prejudicial acts against that target group. That is a fancy obfuscationist scientific academic way of saying that telling racist or sexist or racist sexist jokes coarsens society and makes behaving in a discriminatory or prejudicial way more accepted. In other words, it breeds assholes. It’s an asshole magnet.

The interesting aspect of the theory and the research it is based on is that you don’t have to be a racist jerk just open to being a racist jerk. And, let’s face it — be brave dear reader, be honest — by virtue of the fact that we have lived in the United Fucking States of Fucking Stupid, most of us do harbor some prejudicial thoughts and feelings that we know better than to express publicly. That is until you find yourself setting next to your drunk uncle at Thanksgiving listening to him tell the one about the black man mowing his lawn and then you go out after diner with your friends and find yourself running a black man down in a parking lot with your monster truck and then dragging his body along behind it. Good times.

It takes effort for some people to be aware of and resist prejudicial thoughts and impulses. It takes courage to openly object to prejudicial statements and jokes. Normative conformity suggests that people are willing to go along with the majority even if the individual doesn’t fully accept the majority’s point-of-view. We tend to be pussies and not say anything. Ha! This tendency is due in part to our need to belong to a group and fearing rejection or ejection from the group. Think hunter-gatherer’s: people survived on the savannahs because we were unbeatable in groups, but individually we were easily eaten by predetors. Fear of ostracization caused our ancient ancestors to remain members in good standing even if they didn’t like everything the group did or believed.

We’ve all seen the footage of Trump rallies where people are shouting and carrying on and roughing up protesters and jeering at the reporters. We’ve seen people be openly racist and assault people of color and women: a Muslim woman was jeered at a South Carolina rally as she left; a young black woman was pushed, shoved, and jeered as she left a Trump rally in Kentucky; and a black man was sucker punched in the face at a Trump rally in Arizona. We all remember these and more. Trump created an atmosphere where discriminatory behavior and statements are not only accepted but encouraged, and, whatdoyouknow? people behaved like hateful asshats. And if anyone objects, they sure don’t say anything for fear of being the next target.

Once the norm — the accepted behavior and beliefs by a group — is established, then two other principles in psychology kick in: the mere exposure effect and the false consensus effect. 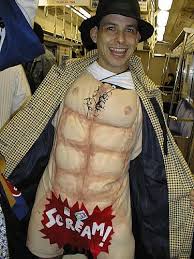 The mere exposure effect is a psychological phenomenon whereby people feel a preference for people or things simply because they are familiar. American society remains stubbornly racist and sexist. We are all exposed to incidents of racism, prejudice, and sexism daily. We have absorbed it the way a baby absorbs language and a preference for her mother’s face. We can unteach ourselves, but deep down inside there the words, beliefs, and understandings exist. We can filter them out, we can suppress them, but we cannot eliminate them. Being exposed to people who espouse racist, xenophobic, and misogynistic views encourages us to (a) feel a preference for those people and beliefs because they become more familiar and (b) behave in that way because it activates that dormant norm.

The false consensus effect is the tendency for people to overestimate how much other people share our beliefs and behaviors. In other words, we all think we are normal and average, so if that’s the case, then our thoughts, beliefs, and behaviors must be normal and average. If we start feeling racist, xenophobic, and misogynistic things after following Trump, then it must be that everyone does and it is okay. The norm, tolerance, and acceptance of racist, xenophobic, and sexist behavior, comments, and beliefs deepens.

The same is true for transphobic behavior. The increase in transphobic incidents — especially those directed at trans women or suspected trans women — is due in part to prejudice norm theory, the mere exposure effect, and the false consensus effect. As Trump and other white conservative politicians lead us down this path of open naked aggression towards minorities, women, and the LGBTQ, is it any wonder that for those of us who harbor prejudicial and discriminatory thoughts and beliefs are emboldened to act upon them? Given the widespread availability and presence of guns, it is only a matter of time before someone is shot because of this derpy stew of bias that Trump and others are brewing up.

Back to your drunk uncle. He listens to Rush Limbaugh, watches Fox News, and supports Trump. He is immersed in a world of hateful paranoia, twisted logic, and half-truths and half-facts being used to “prove” stupid conclusions. He thinks everyone believes this shyte. He thinks everyone accepts this shyte. He is far more likely to act on it, too. We also know that arguing with him will not undo the evil spell that has been cast upon him and so willingly accepted by his whiskey addled mind. Luckily, you have been inoculated from Trump’s hate-filled rhetoric, but your drunk uncle who is already predisposed to such hate will just become more intolerant and more accepting of discriminatory behavior.

So, has Trump’s rhetoric and popularity brought the racist misogynists out of the woodwork? Is he responsible for a coarsening of an already coarse public discourse? Is he emboldening people to tolerate discrimination, at best, or actually commit discriminatory acts, at worst? Why yes, yes he is.