On Friday 16 September Donald J. Trump held a press conference to give a tour of his new DC hotel, introduce some veterans that supported him, announce his acceptance of President Obama’s citizenship, lead camera people on a wild goose chase of a tour of his DC hotel, and really piss off the media! The whole circus smacks of gaslighting. Birtherism itself is classic gaslighting. Before we dive into the analysis of the circus as gaslighting, let’s examine birtherism as gaslighting.

Birtherism is the irrational belief that President Obama is not a natural citizen because he wasn’t born within the territorial boundaries of the US in spite of evidence to the contrary. It is an attempt to discredit the first African American president by questioning his biography, beliefs, and values.

The birtherism narrative is a stretch to begin with. At best it suggests that after Obama’s exhilarating speech to the 2004 Democratic Convention he realized he could become president, but he’d need to do something about his birth certificate so he did something. Faked newspaper announcements and progressively paid off Hawaii state officials to produce faked state documents? Otherwise, the forgeries and fraudulent claims had to be made in 1961 when he was born in anticipation of his running for president. That is preposterous, yet that is what we’re being asked to believe.

During the week-long build up to the announcement, various Trump surrogates had said that Trump no longer believed in the birther dogma. Then Trump intimated — yuck, Jack, why did you have to use THAT word? Now, I’m nauseous! And, a bit dizzy. — that he would make an announcement at a press conference, which implies the opportunity to ask questions. Of course, Trump can’t help it if the stupid media jumped to the conclusion that he would be addressing birtherism and birtherism only! Ha ha! He certainly made monkeys out the press didn’t he?

First, Trump leads the press on a rambling tour of his fabulous new hotel making it into a free infomercial for the facility. Gee, Trump, grift much? Who doesn’t like to be used to pimp someone else’s property? Then he brings out a group of veterans who heap praise on him which many news outlets run live because they think the announcement will be made at any breathless moment. The press so foolish. So foolish. Trump’s just paying them back in spades for the lies they continually tell about him. They are terrible people, really.

The Lies, the Damn Lies

Then he makes a 37-second announcement setting a new world’s indoor record for the fastest lies ever told! Trump told two whoppers that had Jesus had access to them, he wouldn’t’ve needed a miracle to feed the masses. Let’s point and laugh at Trump for thinking he could play the public for idiots and the press for fools:

All of these articles about his boyhood in Indonesia and his life in Hawaii are geared towards showing his background is diverse, multicultural and putting that in a new light.
Save it for 2050.
It also exposes a very strong weakness for him—his roots to basic American values and culture are at best limited. I cannot imagine America electing a president during a time of war who is not at his center fundamentally American in his thinking and in his values. He told the people of NH yesterday he has a Kansas accent because his mother was from there. His mother lived in many states as far as we can tell—but this is an example of the nonsense he uses to cover this up.
How we could give some life to this contrast without turning negative:
Every speech should contain the line you were born in the middle of America to the middle class in the middle of the last century. And talk about the basic bargain as about the deeply American values you grew up with, learned as a child and that drive you today. Values of fairness, compassion, responsibility, giving back.
Let’s explicitly own ‘American’ in our programs, the speeches and the values. He doesn’t. Make this a new American Century, the American Strategic Energy Fund. Let’s use our logo to make some flags we can give out. Let’s add flag symbols to the backgrounds.

A number of his surrogates have mentioned that James Asher, who was the McClatchy Washington Bureau Chief, claims that Sidney Blumenthal shopped the birther story to him. These stories, I’ll note, only appear in right-wing opinion outlets and as such are highly discredited. But, as David Frum points out on Sunday’s AM Joy, no other reporter remembers it being shopped to them. If it had been shopped in the manner claimed, then it would be a story NOW. Reporters would be writing about the incident NOW even if they didn’t write about it then.

Kellyanne Conway claimed on Sunday’s Meet The Press that the Clinton campaign sent someone to Africa to check the story out. But, there is no evidence of that, either. David Frum, on Sunday’s AM Joy,  has suggested that they may be referring to the old Knight-Ridder newspapers (now owned by McClatchy), which had a Nairobi bureau at the time, and they may have checked on the birther story, which is reasonable given that it had become news item and they had a person in Nairobi that they could easily ask. If this story is true, it is a far cray from sending someone to Nairobi to check the story out. Asher also claims that McClatchy sent a reporter to Kenya to check on the story, but, again, it is only reported in right-wing opinion sites and is probably a distortion of Knight-Ridder bureau.

Later on Sunday’s Meet the Press, Kellyanne Conway asks how the media could be so upset that they gave 25 minutes of coverage to veterans? Gosh, why does the media hate veterans and America so much? She should be asking why would Trump deceive the press by suggesting that they’ll make an announcement about birtherism just to pull a bait and switch and give them veterans? If he wanted to have veterans speak at a press conference, why wouldn’t he just ask reporters to cover that story?! Hunh, Kellyanne? Riddle me that, would ya? Why take the press on a tour of the hotel before the press conference? Why make a thirty-second announcement and then leave refusing to take questions, especially after Kellyanne Conway went on Rachel Maddow’s  show and said that if reporters wanted to know what changed Trump’s mind about birtherism, they’d have to ask him! Yet, he doesn’t give the opportunity to be asked.

By claiming that Trump put birtherism to rest by successfully pressuring Obama to produce a birth certificate flies in the face of Sam Nunberg‘s claims on Friday’s All In With Chris Hays statement that Trump had decided to latch on to birtherism as a way to promote himself on a national political stage.

10 Things I’ve Learned About Gaslighting As An Abuse Tactic

These things are well documented. They are easily found. I sat here in a couple of hours and tracked down credible sources debunking everything associated with birtherism. When assessing gaslighting, it is important to look at what is being discussed. We want to know about Trump’s birtherism, we end up discussing whether Clintons ’08 campaign started or not. What are we talking about? Why is the press upset about covering veterans for 25 minutes? What are we talking about? Everything but Trump’s offensives in pushing and promoting birtherism.

Gaslighting suggests that the gaslighter denies the validity of the target’s perceptions, thoughts, conclusions, and reactions.This is the gaslighting technique: you say with a straight face the exact opposite of what actually happened. The shear audacity of the claim that the media is objecting to covering veterans for 25 minutes is just jaw-dropping amazing, yet there Kellyanne Conway is saying it right into the camera straight to your ear without batting an eye and barely betrays a single contrary emotion in her micro-expressions — I watched Lie to Me. The shear audacity of claiming that you did the nation and Obama a service by pursuing birtherism is just knock me over with a feather. Dip me in a bucket of warm piss and tell me I’m clean. 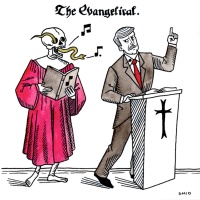 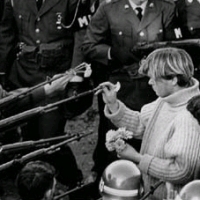 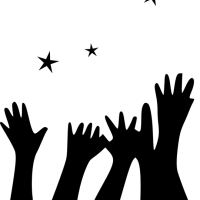 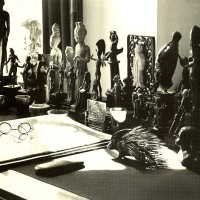 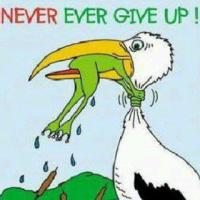