Is Your Average Conservative an Everyday Sadist?

The gaslighting emanating from the Ol’ Pussy Grabber’s ass has really taken all of the oxygen out of the room making it nearly impossible for any of us to remain and for those few who do remain to do anything at all for all the choking, gagging, tearing up, and dripping noses. That is by design. It distracts from and numbs your reaction to the train wreck that the United Fucking States of Fucking Stupid is becoming.

One of the most salient features of the Ol’ Pussy Grabber’s America is its rampant sadism. Dig it. these examples are just from the past week:

And that’s not counting the ongoing agonizing saga of families separated at the border so that private prison barons can make up for declining federal incarceration rates, the inaction on opioid overdoses, and the suicide pandemic, and the untold other ways big and small that the incompetence and downright mean spiritedness of the admin is inflicting pain and suffering on its citizens mostly so we can squeeze a few more tax dollars into the massive transfer of wealth from the middle class to the rich or make the Ol’ Pussy Grabber and his peers a few more bucks.

After all, it does seem to the the view of most Repubes in office that the role of government is transfer as much wealth as possible up the socioeconomic ladder before the economy collapses and Dems are overwhelmingly elected and have to fix the economy — AGAIN — over the kicking and screaming objections of the remaining Repubes in office. Of course, this next round of the fun game will be further enhanced by the federal judiciary packed with Repube appointees who will be following the conservative mantra rather than a recognizable or defensible interpretation of the Constitution.

Feel free to put other examples of the inhumane sadism that it is endemic of the New Cruelty inherent in this Repube reign of wretchedness.

These are the things that are easy to follow in the popular press, but what I’m concerned about is the everyday sadism between citizens or rather from smug Christian conservative citizens to the rest of us but mostly to the recognizable brown Other that is being promoted by the administration.

Sadism, of course, is the enjoyment of pain as experienced in others. These others can be the Other, but it is not limited to brown people because we are an equal opportunity sadistic nation now. We can inflict pain and suffering on animals, the elderly, the sick and dying, small poor children, non-citizens (especially brown non-citizens), women, the LGBTQ+ community, religious minorities, and other groups who cannot adequately defend themselves and are easily identifiable. 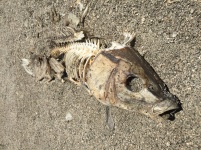 The GOP Subverts our Democracy

Since the fish rots from the head down, and no one is spouting more racist and sadistic tripe than the Ol’ Pussy Grabber, the rank and defiled are declaring open season. The dramatic acts that inflict pain and suffering like Robert Chain of Encino, California who was arrested recently for threatening to kill the enemy of the people at the Boston Globe or the racist robocalls that were inflicted on the Florida electorate against Andrew Gillum the black candidate for governor are not everyday sadism, but large sadistic acts inspired by the Ol’ Pussy Grabber’s open racist anti-press anti-democratic authoritarian rhetoric.

Rather I’m concerned about everyday sadism or the tendency to inflict small amounts of pain and discomfort on those around us. They don’t necessarily like to see people writing in pain and humiliation, they just like the helplessness, the fear, worry, or concern that they can inflict on others. They do it for the lulz, the gotcha, the ego boost.

Sadism is often tied up with sex and crime and other extreme forms. It is as often physical as mental, and just might could have some evolutionary purpose. After all, sadism has occurred across time and cultures. In contrast everyday sadism is less about the extremes and more about the mundane, less about physical pain, although their are those who shove just a little too hard in crowds or accidentally step on toes, and more about emotional pain.

But the thing that sadists and everyday sadists have in common is callousness. They just don’t give a rat’s ass about what you’re feeling except that it brings them some modicum of sick pleasure.

Here’s a prime example of something you see everyday on your social media feeds:

Whoa these two men just tried to throw this kid off the muni train because he was playing music too loudly. He easily could’ve hit oncoming traffic. This is not okay. pic.twitter.com/NYIZilSmNL

What the fuck just happened there? Was that guy assaulting that teenager and pinning him to the subway seat? And when asked to desist from the assault whined that the interceders should make the teenager stop playing his music loudly? What? I don’t like intrusive loud music, either, but that’s the culture we’ve got. Another piece of culture we’ve got is a prohibition on assaulting one another. So, you know, what the fuck brother white dude?

Another example making the social media rounds is the lovely psychologist who was the executive director of a San Francisco Bay Area mental health clinic coming down off her stoop to claim to be an immigration lawyer so she could scare some scary Spanish speaking browns away from her house.Really? An immigration lawyer? Those people who flocked to airports around the country in the bad old days of the first and second Muslim bans to help people defend themselves from overly aggressive and intrusive customs and border agents? She’s trying to scare them by pretending that immigration lawyers will try to have them deported for parking on a public street in front of her house? Wat da fuck?

If you haven’t seen the video that has gone viral across several social media platforms, you can watch it here at this link: Oakland Woman Claims to be Immigration Lawyer to scare Spanish-Speaking Family from Now This.

How is this ill advised ploy everyday sadism? She is trying to frighten a Hispanic family into parking in front of her neighbor’s house, I guess, by intimidating them with not only an implied threat of deportation but by opening their car doors! What? There’s a mild physical threat there, too. She’s trying to cause them to be frightened of white people so they won’t go around being brown in white neighborhoods.

Fuck’s sake, though, karma’s a bitch, amiright? She was forced to resign from her position as executive director of the East Bay Family Institute of Oakland, an institution she founded — FOUNDED — to provide mental health services for the IMMIGRANT COMMUNITY? White lady done lost her head listening to all them racist dog whistles. The Ol’ Pussy Grabber done whistled up the racist hidden down in her soul and she paid a price for it.

And then there is this brave little guy crossing my twitter feed. But, bullying only happens in schools when adults tolerate it and ignore it.

My little guy was bullied yesterday for being a proud Algonquin like his dad @VeldonCoburn.

Can I get some love for him so he knows it’s okay to keep wearing his shirt with pride? He loves his shirt from Walpole Island with the chief in the war bonnet. pic.twitter.com/AvriKAJb6j

So what is the everyday sadism here? The bullies literally want to see him cry and be afraid. It is some of the cruelest because being exposed day after day to the same bullying can erode any emotional well-being a child has.

The adults that permit it to happen are just as guilty of being everyday sadists. They know better but rationalize their non-response away or join in in somewhat more subtle ways. It is a cruelty inflicted on another for the enjoyment of the perpetrator and those who could stop it if they wanted.

No Bathroom for YOU!

And then there is this gem of everyday sadism occurring, apparently, every school day in this woman’s classroom.

Your child comes home and shows you this note her teacher had her sign at school.

To deny an eighth grader, especially the girls who, if Mrs. White didn’t know it, have their periods and might not be able to limit themselves to just two passes a month, the ability to go to the bathroom or the nurse is just punishing children for no good reason.

I am a classroom teacher. I teach eighth grade. There are students that as soon as you say it is time to do some hard work in class, they’re off to the bathroom or nurse. When that happens, I  point out that it is a pattern and tell them to start the work and if they find they still need to go or just cannot wait, then they may. Once you point out the pattern, I’ve never had a kid continue to abuse the privilege.

There is no way another human being can know whether someone HAS to go to the bathroom or not. We all have emergencies. We all have differing abilities to control and sense our bodies. And, to deny a student a trip to the nurse, is outrageous. How could she possibly know whether a student really needs to see the nurse or not? Just a woman who is enjoying controlling others and watching them suffer as they try to comply with her ridiculous rules.

As our society is led down that callous path by the Ol’ Pussy Grabber who as a malignant narcissist regularly and frequently violates the civil and human rights of those around him, who fights to maintain his political support by appealing to the baser instincts of his supporters, dividing us, and sowing hate, who in his attempts to control those around him does not hesitate to lie and gaslight.

One of the greatest harms that the current version of the Repubes and the Ol’ Pussy Grabber is inflicting on us is encouraging the everyday sadists to treat everyone around them just a little worse.

Stand up and fight back. 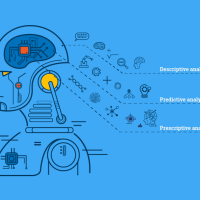 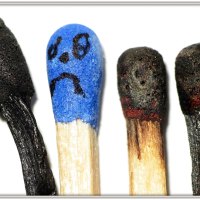