The Intelligence Committee being a Schiff show, it opened with a subdued but dramatic opening statement outlining the scope of the investigation and problems with the Trump campaign’s 2016 behavior. Interestingly, Mueller does not seem to be paying attention at first, but as the soliloquy progresses he focuses in. Schiff concludes with Trump saying he would take Russian help again and making the patriotic point that we decide our elections, not foreign powers.

Nunes begins with the conspiracy theory that Fusion GPS and the Steele Dossier blah blah blah. He used “foreign” as if it were dirty word and used it to smear Christopher Steele and the Australian diplomat as if they were common Russians out to destroy the country. He did the same thing with the word operation talking about that the Dem’s media operation as if it were a disinformation operation on par with the Russian’s.

It is a beginning that is far more dramatic and tense than the morning hearing. Already we’ve got fireworks and zingers as Schiff apologizes to the Z-man who accompanied Mueller and who was sworn in for Nunes’ objections to swearing him in saying, There is an angry man down the block. A real get off my lawn moment!

Mueller added to the interestingness of the opening by breaking a bit of news and clarified his response to a question by Rep. Lieu on why he didn’t charge Trump with obstruction. In the earlier hearing, he had agreed with Lieu that but for the OLC opinion, he would’ve charged Trump. What he really meant was that because of the OLC, he never considered whether he had enough evidence to charge him.

From the outset, Mueller seemed much more alert and interested in being more interactive. It made the entire thing more interested because Mueller was much more amenable to being there. What the difference is, I don’t know. Was it just the emphasis on Russian interference than obstruction? Was it that Mueller liked Schiff better than Nadler? Did he enjoy imagining Nunes with his cows? Did he have a burrito for lunch and he liked the building pressure in his bowels? Who knows.

In comparing Mueller’s behavior between the two hearings, during this one, he was less likely to try to find the reference in the report. When he did, I felt like he was making a play for running out the clock on whoever’s time. Although, I didn’t count them, I felt like he didn’t ask for questions to be repeated as often. Maybe it is just because there are fewer members on the intelligence committee. Maybe everyone had worked out the mics. Maybe they were asking questions better, I don’t know. He seemed to defer less often to his report and give a clearer statement of agreement or disagreement. He certainly did not offer any more detail in his responses with the rare exception of WikiLeaks.

Mueller did surprise a few times. He volunteered that Trump’s love of WikiLeaks was deeply concerning and unseemly. That Trump’s suggestion of criminality was too much. That there may have been campaign finance law violations that rise to the level of criminality. Mueller was a bit more unleashed and free with his opinions in this hearing for whatever reason.

Here’s what concerns me from both hearings: there was no push back from Mueller or the Dems on the Repubes’ pet conspiracy theories. They were able to lay them out in all their contradictory glory and confused timelines and gaping holes in their logic with absolutely zero challenge except for Mueller saying, I don’t agree with your characterization.

That said, Rep. Hurd (R-Texas-Mexico Border), a former CIA officer, did seriously question Mueller over the seriousness of the attack against our nation by Russia. Hopefully, other Repubes were listening. It is too much to hope that Smitch heard it or if he did was moved by it. It is hard to drown out the jingle of all them rubles in your pocket, amirite, Smitch?

It would’ve helped if Mueller would’ve played ball and said that he would’ve charged him with obstruction but the Congress has to impeach, but it is not necessary. The Dems did about as well as they could pulling the obstruction and interference teeth from Mueller.

Let’s see where they go with it from here. 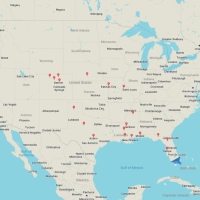 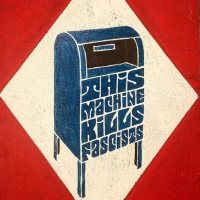 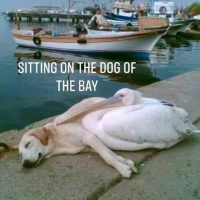 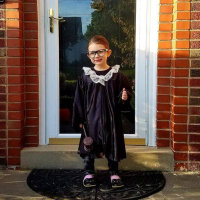