Sharpie-gate as the kids are calling it is a thing, I guess, and it exemplifies the Ol’ Pussy Grabber’s narcissism. Everybody knows that he has been obsessed over the gaff for days. Why can’t the idiot leave it alone? Why doesn’t he just let it die a quiet death? The question is right square in Ye Olde Blogge’s wheelhouse. See for yourself.

Please note: the video came from the article Who Knew Trump’s Mental Breakdown Would Involve Drawing Dicks On Hurricane Maps?

His obsession with it is embarrassing. It’s pointless. Other than a few confused Alabamians — and that is a redundancy, isn’t it? — it didn’t hurt anyone. If the Ol’ Pussy Grabber never mentioned it again, only snarky blogs like Ye Olde Blogge trying to show off their snarky sarcasticky profaney chops would ever bring it up again.

Quick aside: Did you notice the small disclaimer at the bottom of the map? If anything on this graphic causes confusion, ignore the entire product. Too bad, the Ol’ Pussy Grabber is probably dyslexic and can’t tolerate the effort that it would take him to read something like that. He coulda just followed the suggestion, amirite?

It is his narcissism, of course. His extreme narcissism explains EVERYTHING. It is the only thing you need to know. It breaks down like this:

(a) The narcissist thinks he’s the best. Well, of course, he does, otherwise, he wouldn’t be a narcissist now, would he?So, when he said Alabama, it was right. There can be no question about it, it was correct.
(b) The narcissist can’t admit error. And, why would he? If everything a narcissist says or thinks is the best, then it must be correct. To the narcissist, he is always right. If he thinks he’s right, how can he have been mistaken? Case in point, the Ol’ Pussy Grabber’s hurricane.
(c) When facing criticism, the narcissist will go ballistic and nuke anyone who dares to suggest he is incorrect. It is classic overkill. He does it because nothing less than utter destruction of the criticizer. So, people in the press and on twitter are laughing and pointing fingers at him for saying Alabama was threatened on the day he tweeted it have got to be destroyed, i.e. fake press. If the press is fake, it literally isn’t doing it’s job and fake don’t really exist. Hold on to this one, especially.
(d) The narcissist cannot learn. If the narcissist is always right and makes no mistake, how can he learn from his mistakes? He can’t. It is by definition. So, whatever led to the original tweet including Alabama, cannot be examined by the Ol’ Pussy Grabber. Whatever led him to sharpie in the bubble to include Alabama, cannot be examined. He can’t learn from the first mistake or the infinite number that he’s made trying to cope with the fallout.
(e) The narcissist must soothe his anxiety about being found out to be less than perfect. Because somewhere down in the prefrontal cortex, he realizes that this is fucked up, so it causes him lots of anxiety. It is ever vigilant for any hint that someone somewhere thinks he’s an incompetent dope. Living with that level of anxiety means that you have to soothe yourself, calm yourself. It’s impossible to live like this. This explains his jactation of I’m the best. I have the best words. I have the best brain. I hire the best people, and all of the other crap he says. It also explains the painfully obvious and illegal defacing of the US Weather Service’s map. He’s trying to soothe himself.
(f) The narcissist thinks that he is fooling us. The narcissist thinks he’s so smart that no one will ever figure out that he has pulled a fast one. Incidentally, it is also the reason that the Ol’ Pussy Grabber says the quiet part out loud so often. What fun is it to have a diabolical plan that fools everyone if no one knows that you’ve just pulled off your diabolical plan to fool everyone. Ergo, he tells you.

When you see someone going to such great lengths to gaslight you into believing that their inconsequential mistake wasn’t a mistake, you know they are fucked up and you should stay as far away from them as possible. Unlike the boss who pulls this shit, you can’t just quit your job and go work at McDonald’s until you find a better job. You can’t quit government like you can your job. What are we all going to do, go live in Canada until he’s out of office? Unlike your professor who pulls this shit, you can’t just drop the class and take it again next semester with someone who is saner. You can’t drop your government and live in anarchy until a saner government is elected.

President Things-Knower drew dicks on the hurricane chart, OK? The dicks is on ALABAMA, OK, YOU SEE?

Hahahahaha, this is so alarming, but Donald Trump has been tweeting hurricane maps since yesterday, and he doesn’t show any signs of stopping. We’re witnessing some sort of mental breakdown, right before our very eyes. Because the world’s stupidest president in the history of all presidents cannot just accept that he fucked it all up last week when he said Hurricane Dorian was headed toward Alabama, because he cannot just say OOPS I DID IT AGAIN, he is going to obsess over “setting the record straight” until he feels we all understand that ACTUALLY ORIGINALLY all the forecasts said Dorian was on a collision course with Alabama, NO WRONG ABOUT HURRICANE, NO WRONG ABOUT HURRICANE, YOU’RE WRONG ABOUT HURRICANE!

We don’t want to make light of an extremely dangerous situation, both for the people currently in the path of Hurricane Dorian, which strengthened back into a Category 3 last night and is already doing damage in the Carolinas, and for the syphilitic squirrels who (allegedly!) live inside the president’s brain, as they must be sooooooo scared right now. But LOL WHAT IS HAPPENING? “Hurricanes go to Alabama” is his new “Deep State.” It is his new “EXTREMELY CONFLICTED ROBERT MUELLER!” It is his new “JAY POWELL THE FED GUY IS THE ENEMY OF THE PEOPLE!”

This latest round started on Wednesday, when Trump gathered all his bestest aides and the press around for Hurricane Storytime, like presidents do. It was actually supposed to be an update of sorts. But it all went terribly, horribly wrong.

If you thought that Trump being out of the WH would slow the news down, it hasn’t. Life has been a whirlwind both in the news and in my personal life.

Here’s what’s happening to me and mine:

Then, there’s the Texas mishegas which we cover in The Texas Deep Freeze: Welcome to the Republican Dystopia. You can read all about your future if you continue electing Repubes to national office. They really do mean for us to live in this kind of hellhole. Bonus: it appeared in Mike’s Blog Round Up over at Crooks and Liars, where it proved quite popular.

One of my favorite posts in a long time came from a suggestion by friend o’ the blog, Bobcabkings from over at Of Cabbages and Kings. It addresses the myriad subtle ways that racists in government have shot us all in the dick, but shot Black folks in the dick first and the most often. That would be another installment in the ever popular, The Civil War Never Ended series this time called, “Sum of Us” Examines the Hidden Cost of Racism — for Everyone — Fresh Air on NPR.

And, lastly, another favorite post — you get the idea that they’re all favorites? — Being a Likeable Old White Guy is Biden’s Super Power in which we wager on whether Biden’s likeability will win him more supporters or whether hate voting against him will cost him more supporters. It’s a fun read.

It’s a busy busy time here at Ye Olde Blogge, but no busier than the rest of us are. 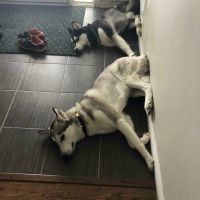 The Truth about Autism and how Autistics have been given some enhanced traits!