Quick Thoughts: Getting Trump to Quit 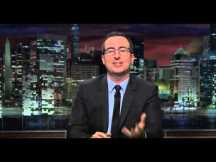 The election continues blundering on. The talk of getting Trump to quit have quieted, but that doesn’t mean he won’t. In fact, it means he probably will. Trump likes to be contrary that way.

Before my personal life got in the way, back when people were excited about getting Trump to quit and it seemed like he might, I had planned a long regular post about getting to quit. Then my time was drawn away to, you know, the proverbial personal stuff, and the moment passed.

Lucky for me, John Oliver did his last episode of the summer on suggesting that Trump quit in a way that actually might work: Expose your entire campaign as a giant Andy Kaufman-esque routine and walk off the stage saying, Ha ha! It’s brilliant!

Essentially, he invited Donald Trump to do what he does best: insult! He can insult us by telling us that he is proof positive of the United Fucking States of Fucking Stupid! He has built the most ridiculous campaign platform possible just doing the opposite of what every candidate is advised to do!  He’s encouraged racism, misogyny, and xenophobia and a good forty percent of us just ate it up. He’s insulted the armed forces, Purple Heart recipients, fought with babies, and generally sewn discord and hatred at every turn!

Trump could go out a hero!

Why might this work? Because it appeals to Trump’s narcissism by making him insightful and powerful and receiving the accolades of his betters and the adoration of millions and the gratitude of the world.

The upside is that it is so crazy that it just might work. The downside is that we might end up with a President Pence.