I’m Tired of Performing Trauma: Five Cartoonists on #MeToo – by The Response

Well folks it is the All Hallow’s Eve weekend and there is news aplenty busting out all over the place. Mueller is teasing us with his super-top-secret sealed indictment of someone (Manafort) connected to the Russia-sodomizing-the-2016-elections investigation. There’s the story of the super creepy super self-absorbed nearly human caricature of a human being who is shitting on the Resolute Desk everyday in the Oval Office, and this day he had the children of the WH press corps in for some Halloweeny good fun as long as it was all about the Ol’ Pussy Grabber and no one mentioned the piles of shit rotting on the Resolute Desk. There’s more breaking fake news about the Russian sodomizing of the American elections, and other breaking real news, too. Puerto Rico remains mired in the Neanderthal hell the racist sadist, the Ol’ Pussy Grabber, consigned them to for no apparent reason other than he’s a racist sadist and he could. Spain is descending into some unique sovereignty crisis as Catalan decides to be independent — why do governments keep allowing major decisions to be made by referendum, especially when the decision could be one they dislike and won’t allow?

But through it all is constant drumbeat and undercurrent of sexual assault. The stories are multiplying, not disappearing. The attempt at the illusory explanation of It’s powerful men has not blunted the momentum of the accusations. So much so, I wrote about it again this week in Poppy Bush: Poster Boy for Rape Culture & the ALL MEN Theory of Sexual Assault, and in the process of researching that story came across this gem: five cartoonist cartoon their stories of sexual assault and sexual harassment. Cutting through the illustrations is the humanity of the humiliation and shame of having been assaulted, the seeming futility of publicly confessing your assault via hashtag, and the emptiness of men flailing at being empathetic, understanding, and hoping no one realizes their transgressions.

Which cartoon resonates with you? I’d love to hear about it in the comments. The frame of the boy saying I’m so sorry for my gender… you are goddesses! Hashtag respect women! Hashtag resist! Really resonates with me. I can identify with that lad. #IveBeenThatGuy, and I can tell you, there is one missing. He needs to then say, I can haz all of the sexes with you now? Because that seems to me the undercurrent of all such impassioned statements. The other thing that got me was the conclusion, The hashtag will come and go, but the problem will persist unless people make some difficult decisions. The cartoonist don’t mean people, she means, MEN make some difficult decisions, i.e. #IveBeenThatGuy.

by The Response Posted Yesterday (27 October 2017) 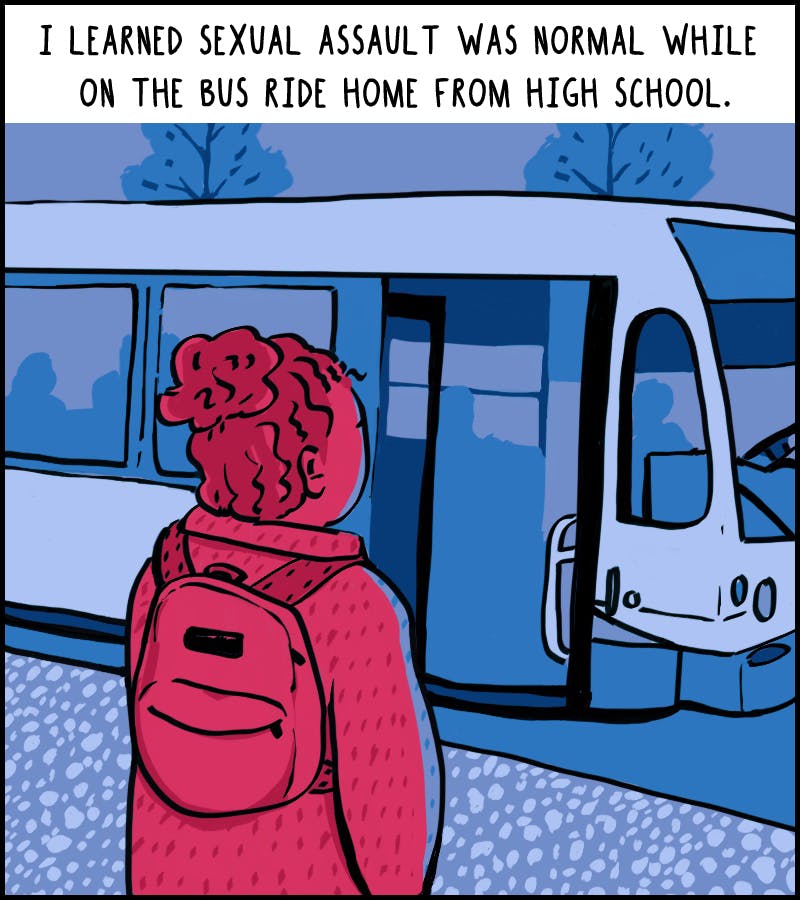 By Angelico Frautso of the Response at the Nib

Continue reading at The Nib: I’m Tired of Performing Trauma: Five Cartoonists on #MeToo – by The Response