The Narcissist’s Playbook: Trump’s Revenge on the Congressional GOP, The Schadenfreude Edition

I guess I really am tired of all the winning as in all of the accurate predictions based on Trump’s extreme narcissism. Gawd awl- might-he, has the Ol’ Pussy Grabber put the Grinch, er Mitch McConnell, and the Congressional GOP into a bad spot. And, he’s done it not once, not twice, but three times! Three tight spots all at the same time. So, many bad places that we’ve divided this post into two. Read the second edition, here. This post is about his revenge on the GOP for not couping hard enough for him and the second is about how he’s screwing over the American people and country because he LOST THE ELECTION!

His turn on the Repubes was inevitable. He’s done it before in big ways and small but nothing like this before! The clearer it is that Trump lost the election, the more Repubes will either openly acknowledge his loss or just remain passively-aggressively silent. The more of the important dates in the process of electing a president pass with #BidenHarris still the winner, the more desperate the Ol’ Pussy Grabber becomes, the more loudly he needs folks to adulate him, and the more he needs people to openly coup for him. If they don’t, then they need to be PUNISHED! DESTROYED! And, we’ve reached the stage where McConnell has decided it is over, and Trump is going to do his worst to him and the Senate GOP.

Trump has settled on these three ways:

Sit back, buckle up, and let’s schadenfreude, y’all!

On 6 January, the newly sworn-in Congress will meet in a joint session to count the Electoral College vote under the sage guidance of the current VP, Mother Pence, the highest-breasted queen in the land. The sequence goes like this:

The first hiccup will come during the opening the Certificates of the Vote. Some genius Arizona Repubes made fake ones from the meeting of some Repubes who were play-acting electors and voted for the Ol’ Pussy Grabber. They got their fake certificate notarized and sent it to the archivist of nation. I doubt the archivist will send it on to Congress since the Repubes admitted on national media that they were counterfeit. I don’t think Mother will have to chose which votes from Arizona to read. At any event, Arizona doesn’t have enough electoral votes to deny #BidenHarris the presidency.

The second hiccup will happen when the House idiot caucus will make objections with or without a Senate co-signer. They are going to stink up the joint, delay the final verdict as long as possible, and, otherwise, humiliate the country on behalf of the Ol’ Pussy Grabber’s ego. They might could find some sympathetic senator, like maybe, Ron Johnson (R – Putin’s Rubles), Tommy Tuberville (R – Post-Concussion Syndrome), or Ron Paul (R – Vanity), to co-sign for them.

And the third hiccup will occur if they can get a senator to sign off on their conspiracy theories and baseless accusations, then both houses of Congress retire to their separate chambers to debate on them and vote on the veracity of the accusations. The objections will lose no matter what since the House will vote them down and a tie goes to the Electoral College vote read to the Joint Session.

THE BIND: If Repubes vote against the objections, they are voting against the Ol’ Pussy Grabber’s assault on our democracy, which in normal times (a) wouldn’t even be a thing and (b) would be a good thing if it were a thing, but we are living in the United Fucking States of Fucking Stupid, so it will anger Trump’s base. We all know that political affiliation is based on identify and identifying with specific popular politicians. We tend to support the person, not the policy or principal. In other words, the GOP is fucked if they vote against the Ol’ Pussy Grabber.

However, if they vote for the objections, their vote will be recorded for all time in their permanent record as voting against democracy and against law and order and for conspiracy theories and authoritarianism. No matter how badly the GOP wants a single-party pseudo-democratic minority-rule government, the rank and vile are loath to go on the record as openly voting for it. It is, after all, someone else’s job to do that. They much preferred the days when they just didn’t have to do anything to benefit from their anti-democratic desires or could do it by voice vote.

The Ol’ Pussy Grabber has already vetoed the National Defense Authorization Act that would fund the military including pay for the troops, defense modernization programs, and activities in combat zones. This bill, as you probably already know, passes every year with strong bipartisan bicameral support. It is so vital to the operation of our military that once all the compromises between the two parties have been made, it would be political suicide to oppose it. So, for it have been vetoed, there must be some pretty big fatal flaw in it, right?

These were Trump’s objections: (1) It didn’t overturn Section 230 of the Communications Decency Act, which isn’t part of the Department of Defense and isn’t addressed in the bill because of it has nothing to do with defense spending. In other words, inappropriate. And (2) it allows military bases named after traitorous Confederate “heroes” to be renamed. As Chuck Schumer tweeted, “Donald Trump just vetoed a pay raise for our troops so he can defend dead Confederate traitors.” Yeah, those reasons seem legit.

The House will override the veto on Monday 28 December followed by the Senate on Tuesday. This will not stand, but it won’t be comfortable for the Repubes!

The Bind: Overriding a veto is a big deal and will constitute a narcissistic wound in an already severely wounded Ol’ Pussy Grabber, so why’d he do it? Why’d he veto a bill that he could have groused about but quietly signed into law? He did it because it meant that Congress didn’t get it’s Christmas break. They couldn’t close the session, so one person had to show up on the floor of the House and Senate every day to keep the session open. He did it to be difficult. He did it to force the override, and that’s the bind. The Repubes now have to be on record defying the Ol’ Pussy Grabber, and voter affiliation is based on personality, not policy, especially amongst the low-information Trump supporter. They will be forever known and primaried as the Repubes that overrode the Ol’ Pussy Grabber’s veto. Yes, he is that petty, and his supporters that easily manipulated.

As the Ol’ Pussy Grabber golfs away the next 25 or so days at Mar-a-Lago, he will be laughing and fuming at the Congressional Repubes for the entire time. But, the Repubes knew he was a snake when they brought him into the tiny shrinking tent of their party. Instead of acting as proper gatekeepers of our democracy, they decided to go all in on authoritarianism and (a) allowed him to run, (b) didn’t 25th Amendment his dumb ass, and (c) didn’t vote to impeach or remove him from office. Enjoy your schadenfreude while it lasts y’all, it only gets worse from here. 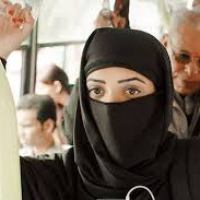 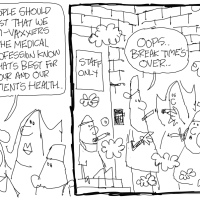