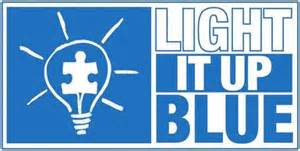 Out of the Autistic Closet: the Psy Celebrates Autism Awareness Month

“You’ve got to ask yourself one question: ‘Do I feel lucky?’ Well, do you, punk?” is the oft misquoted line from Dirty Harry to some unlucky punk. Aren’t they all unlucky, those punks, especially those who messed with Dirty Harry?

What about you, dear unfortunate reader, who undoubtedly stumbled upon this Ye Olde Blogge entry quite by accident and got sucked in by the very hooky hook up there in the previous paragraph, do you feel lucky? Of course not. You’re here, reading this! How lucky can you be?

What about your life in general, though. Is your life generally lucky or is it unlucky? Do you believe in luck? Are their people who are lucky and those who are unlucky?

Does fortune favor those who are prepared? Do we make our own luck? Go ahead, leave your thoughts in the comments. You know you want to.

I used to believe that luck was based more on confirmation bias than anything else. If you saw yourself as lucky, then when something lucky happened, you said to yourself, “See? I’m lucky! This fortunate thing happened,” and you ignored all the unlucky things that happened. And vice versa. That is until I came across the work of Richard Wiseman on luck.

As it turns out, #ScienceFact, there are people who are lucky and people who are unlucky, and they have more things in common than just their answers on a stupid survey on luck!

Lucky people have good things happen to them without them even trying. A good friend of mine tried to visit the Westgate shopping mall minutes before the terrorist attack began back in September 2013. He was turned away at the security check because he had a cooking gas canister in his trunk. They didn’t allow that. He got lucky. I had a student who was killed in the attack along with her mother. They were unlucky. Her brother escaped — he ran one way, they ran the other — and was shot in the legs. He was lucky.

My friend at Westgate was a Vietnam War vet. He came through the war relatively unscathed, at least he was never shot or struck down by shrapnel, even though he saw lots of action as a dog handler. He was lucky.

See how that works?

Researchers have ditched the autism-vaccine theory. Here’s what they think actually causes it. – Vox

Are people like my friend and my student’s brother naturally lucky and people like my student and her mother, unlucky? Wiseman and other psychologists have tried to suss out whether or not it is true, and their findings, if you don’t know them already — they are quite old, really — might surprise you.

Another study was conducted using thousands of respondents. People were asked to complete a questionnaire on how lucky they perceived themselves to be and included some demographic data like their month of birth. Those born in the summer months, March to August, perceived themselves as lucky, and those in the winter, September to February, unlucky. An earlier study had found that people born in those summer months were sensation-seeking, preferring new and even dangerous experiences to the repeated and safe, and winter, sensation-avoidant.

When the luck and month of birth study was repeated in the Southern Hemisphere where the summer and winter are flipped, the results held true with those in the colder months being unlucky and those in the warmer months, lucky.

Lucky people, Wiseman noted, are optimistic, outgoing, and open to new experiences. Unlucky people were clumsy, withdrawn, and anxious. Mind you, these are correlates and exist on a large scale. They do not describe or prescribe any single person’s life. They are population-level findings, not individual. I know there are exceptions, and I’d LOVE to read about them in the comments!

Because it is Autism Awareness-Acceptance-Celebration Month, I got to thinking about how much Wiseman’s description of unlucky people fit people with autism in general. Auties tend to be an anxious withdrawn lot even if they don’t have a diagnosable comorbid anxiety or mood disorder. They tend to be clumsy and shy. They behave oddly, so people are less likely to volunteer to help them.

I know when I am in need of help in the wider world, I am very reluctant to ask for it. It is too easy for me to imagine that people don’t want to help and would be bothered by my request. Cognitively, I know that’s not the case, necessarily, but emotionally, not so much.

A few years ago, I injured my knee and had to be on crutches. During that time, I flew from Nairobi to Guangzhou. I was surprised at how insistent people were at helping me through the airport. Somebody volunteered to carry my bag for me. The check-in, screeners, and boarding folks all insisted that I go first as soon as they saw me. The flight attendants went out of their way to make sure I was comfortable and to let me know if I needed anything at all, they’d be right there to assist me. Seatmates did the same thing.

The only other time I got this much help was when I travelled with La Petite Fille when she was a baby and toddler. People go out of their way to help a single man with a cute baby or toddler. When I travel — and I’ve travelled a lot — no one volunteers to help and many times airport personnel act like you are a pest when you request help. Now, I wonder if my experience on crutches or traveling with La Petite Fille are how people who are lucky go through life.

Certainly, your friends, family, and acquaintances need to know about luck, right? And, everybody needs to know about autism, right? So, share this post!

Certainly, you want to encourage more posts to be written and published, right? So, like and rate this post!

Certainly, you want everyone to know about your views on luck and your travel experiences, so leave a comment!