Cheezus crucified on a Ritz CRACKER — Good, cracker! knowwhatimean? — how in the ever living procreating craziness can 70 million real live Americans and bots have voted for four more years of utter failure, incompetence, division, racism, misogyny, and corruption? How does that happen? Certainly, these 70 million souls weren’t watching The Rachel Maddow Show on MSNBC because if they were, they wouldn’t be able to do so.

One of the hardest things to wrap your head around is the rural conservative Christian white voter. The GOP has made their lives worse for decades on end. Every Repube president since Reagan has enacted disastrous tax cuts for the wealthy, run up the national debt, and left a big smoking hole in our economy. They hurt every citizen in the country when they do. But, they retain the white vote non-college educated vote. It just doesn’t make sense.

As I’m so fond of saying, the Repube approach to governance is to transfer the wealth of the nation to the 1% as quickly as possible while the rest of us live in Cancer Alley, drink Flint water, and die quickly and quietly when we quit contributing more than we cost. They show their contempt for their voters in so many ways that I won’t bother to list the rest of them out here, but feel free to list the other ways in the comments.

We’ll summarize the psychological forces that have kept the Repube voter voting Repube over the decades.

There are numerous posts about cognitive dissonance on Ye Olde Blogge, so for a deeper dive into it, consult the links in and around this paragraph. In the shelliest of nuts, cognitive dissonance is the lie that we tell ourselves to making internal conflicts seem not so bad, you know, like when you believe you’re a good honest person and friend, AND you’ve taken the loose twenty bill hanging out of your friends bag not that I’ve ever done that. Do I have to tell you again, Mike? I don’t know where your twenty went man. I don’t know. Jeez, like a dog with a bone that guy.

There’s more to cognitive dissonance than just that. The stronger and more committed you are to a belief or cause or something as demonstrated by behaviors over time like you’ve taken some life altering action like I dunno moving from your snowflake blue city to some hardtack red hell hole the less likely you are to accept that you’ve been had by the Repubes.

But, there’s one more piece. When everyone around espouses the same or similar views as you whether they are in-person friends, acquaintances, or co-workers or the folks that populate your social media feed or the media outlets you graze at, you are likely to believe those things are true.

Social support for false beliefs makes it much easier to ignore sources of contradicting evidence and carry on with the belief in spite of the intrusions of reality.

To understand how these sad sack voters got to this place in 2020, we have to back up just a bit and ask ourselves how did they start believing all the tripe found in the Ol’ Pussy Grabber’s stool is correct to begin with?

Starting sometime in 2016 gaslighting came to be a popular and misunderstood term. Every lie that the Ol’ Pussy Grabber has uttered has been called gaslighting, but it isn’t — Again, there are numerous posts on Ye Olde Blogge about gaslighting, so follow the links to find out more.

Gaslighting is a psychological manipulation technique in which the perpetrator causes the target to doubt their own sanity or understanding of reality by lying or insisting on their interpretation of reality as being correct. It is also called narcissistic personality disorder abuse because it is so commonly used by people with narcissistic personality disorder to manipulate those around them.

While it may seem like there is a school or correspondence course that narcissists have all taken to produce this common behavior, the more likely explanation springs from the coping mechanisms that narcissists use to distract themselves from their deep-seated feelings of shame.

The people who are most vulnerable to gaslighting are those who are attracted to domineering personalities. The people who will be awed by the groundless and boundless jactations of the narcissist. Often people fall into a relationship with a narcissist because they’ve experienced some tragedy or other event that has laid them low and made them vulnerable. Narcissists often make big promises that sound good to those who really are in need of a big promise.

How can 70 million people all be in need of a big false promise? I mean it is clear as the California evening sky during their wildfires that the Ol’ Pussy Grabber has laid us all low by ignoring #COVID19 and a myriad of other problems the country is facing, right? When did this dysfunctional abusive relationship between Trump, the GOP, and their voters begin?

Authoritarian personalities are really quite simple, they are people who like to tell everyone else what to do and have an utter and unwavering belief in the correctness of their thoughts and decisions — sounds a lot like a narcissist, right? There’s a lot of overlap. They often have very simplistic solutions to complex problems and don’t accept dissent, which often leads to groupthink, but that’s a post of a different topic.

If we accept this premise, then they fell into the trap when Ronnie Ray-guns sold them the bill of goods of trickle-down economics and wrecked our economy. When he dog whistled to all of their inner racist beliefs and thoughts and let them know it was okay to be a racist misogynist with a wink and a nod. And promised them that we would take our country back — and if that didn’t quite include re-instituting slavery, then it would be the next best thing — and return it to the good old days of the moral majority, which never quite ever existed.

Since then, these rural conservative Christian white voters have been twisting themselves into cognitive pretzels to believe that less is more and corporations wouldn’t pollute the environment because it would be bad for business and that liberals are sneaking all the blacks and browns and none-anglish spakers into the line for the American dream ahead of them without them black and brown folks doing the hard work necessary to earn their place in that line.

The problem with the 70 million+ Trump voters is that they are willing idiots and want to believe the lies so they can live in the comfort of their own racist misogyny without ever being told they are bad people and it didn’t have to be this way. They need to know they are right. 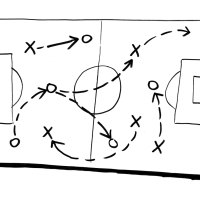 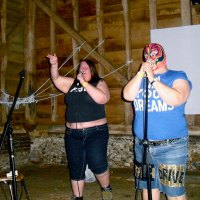 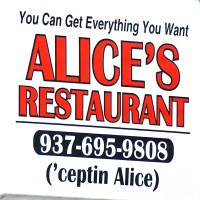 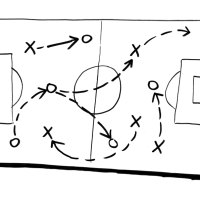 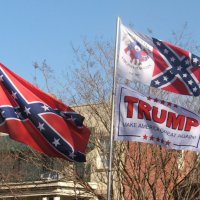