The Press has Adopted Trump’s Reality-Show Standards – The Atlantic

Why has the press become a useful idiot in the Ol’ Pussy Grabber’s reality-TV show? The easy answer is that it is easy. It’s easy on two levels: (1) It is intellectually easy. And, (2) it is safe. Both are terribly seductive to the profit-making motive.

Why has the press become a useful idiot in the Ol’ Pussy Grabber’s reality-TV show? The easy answer is that it is easy.

Anybody who wants to make a profit will look at what everybody else is doing that is profitable and produce a version of that. You’d be an idiot not to, right? Innovation and brave independent maverick be damned, if you want to make a profit. We should remember Prospect Theory’s formulation of decision making.

Value is equal to the utility of a decision as weighed against the probability of the potential outcomes of the decisions… Hunh?

What the formula says is that a person takes a look at a pending decision and then makes an estimate on two things: (1) the utility or usefulness of that choice and (2) the probability that the outcome of the decision will be useful. It isn’t an easy thing to describe or quantify, but it is easily intuited. We won’t be going into the reasons why. We have before.

It is easier to conceive of if an example is used. The classic example that Tversky and Kahneman use is the $1,000.00 question. It goes like this:

Compare that to this prospect (also by Tversky and Kahneman):

The Human Brain is Lazy

The human brain evolved to be lazy. Our brains use 20% of our body’s energy but makes up about 2% of our body’s mass! Of course, we evolved to conserve that energy. So, when something seems like a sure loser, an inevitable disappointment, we write it off and quit thinking about it. Why would you after you conclude that it is a sure loser? It would be a waste of that precious energy.

If you are a producer or editor or reporter or news executive, you look at the prospect of adhering to both-sideism and treating the Ol’ Pussy Grabber as if he were normal and calling him a liar and a traitor and the Repubes threats to our democracy, which side do you come down on? You come down on the side that is less risk and surer benefit. It is as if you were faced with this prospect:

You’d be an idiot to take choice 1, amirite? Am I right or amirite? I’m right, right? That’s the way it seems to your average person working in media today.

The Press Makes a Choice

So, when Mueller delivered the goods: the Ol’ Pussy Grabber not only benefited from Russian interference, he openly sought it and did not attempt to prevent it as he should have by law and by patriotism; he sought to curry favor with Putin for permission to build a building in Moscow worth billions and lied to cover up the project during the election; and when the interference was investigated and his building deal was threatened with exposure, he sought to exert “undue influence” on the investigation and witnesses and otherwise stop, slow, or hinder the investigation. When his obstruction was threatened with investigation, he sought to falsify the public record to indicate that he hadn’t!

Had the press not chosen the Ol’ Pussy Grabber’s reality-TV ratings bonanza, which is delivered through dazzling performances by everyone on the sound stage, especially Mueller, we would all be being bombarded 24/7 during the news cycle by all of this outrageous criminal treasonous conduct. But, that is a risk, isn’t it? Mueller did not sit John Dean-like binding us all in his spell as he detailed the criminality of the Ol’ Pussy Grabber’s corruption. Instead, we are treated to coverage of the show itself. It was a flop, a dud, failure. It bombed.

When the press first reported that Reagan was making up his own facts by calling ketchup a vegetable, they were stung by accusations of liberal bias and accepted the straw man deal with the devil that you either reported the deliberate lies and distortions with the same level of seriousness as more accurate claims, or you were LIBERAL BIASED!!1! And, we’ve been on the road to being the United Fucking States of Fucking Stupid ever since.

Here read The Atlantic article yourself.

The reaction to the special counsel’s testimony shows how deeply the president has conditioned the media to treat political events like reality television.

On Wednesday, Robert Mueller testified to the House Judiciary Committee that the president of the United States sought and benefited from Russian interference during the 2016 campaign, and that he attempted to deflect culpability from Russia while lying to the public about his hidden attempts to secure a construction project in Moscow. After winning the election, Mueller testified, the president lied to the special prosecutor, directed subordinates to falsify records, and attempted to exert “undue influence” on law enforcement in order to protect himself and his allies.

In any other administration, in any other time, a special prosecutor, former FBI director, and decorated Marine testifying that the president of the United States was an unprosecuted felon who encouraged and then benefited from an attack on American democracy in pursuit of personal and political gain would bring the country to a grinding halt. But the American political press found Mueller insufficiently dazzling.

The New York Times declared, in language Trump could have written himself, “Mueller’s Performance Was a Departure From His Much-Fabled Stamina.” The Washington Post announced, “On Mueller’s Final Day on the National Stage, a Halting, Faltering Performance,” and, in a separate piece, dubbed Mueller a “weary old man.” Conservative outlets, fond of reciting the president’s grandiose self-assessments of his health and intelligence, openly speculated that Mueller was unwell.

Numerous political reporters insisted, in their defense, that it was the Democrats who foolishly put their hopes in Mueller, who scheduled a public hearing months after the report’s release and expected some kind of dramatic testimony to reshape the narrative and bolster public support for impeachment. This was indeed a foolish strategy, but insisting that this somehow justifies the media’s focus on optics rather than substance, or that the press is not shaping public opinion on this matter, is circular. The Democratic leadership is too weak and cowed to confront Trump forcefully, but those journalists defending the fixation on “optics” are effectively lecturing Democrats for failing to manipulate them as capably as the president does. Indeed, on Thursday, Schiff, who successfully got Mueller to testify to Trump’s wrongdoing, all but gave up on impeachment, saying the only way Trump is leaving office is by being voted out. 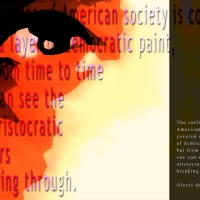 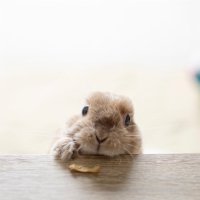 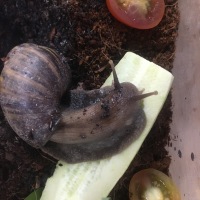