HealthCare & Taxes: How We Deal with Complexity

One of this week’s news stories is a peculiar ugly mess that I never thought I’d be writing about: Repubicans be doing SOCIALISM! That’s right. That strange undulating noise you hear in the distance is actually the sound of cognitive dissonance turned up to eleven and beginning to melt its containment structure. Paul Ryan and the House GOP have written their very own health insurance bill! This is the depths of despair and hopelessness that the Ol’ Pussy Grabber has driven us to.

In other words, we’re in deep trouble because the world is so complex that we don’t understand it. And, the GOP is cynically exploiting some very real human tendencies to play their favorite game: milk everyone who is more economically disadvantaged than they are for everything they’ve got! Who knew they could play this game for three generations? Oh, right. We’re the United Fucking States of Fucking Stupid, and we keep electing the bastards to office to fleece us some more while telling us pretty words that we like to hear. I’d make some inappropriate sex jokes here, but I’m already nauseated enough. 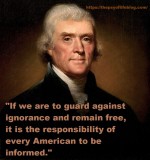 You know, the longer the Great Civics Lesson that is this past election cycle continues, the more impressed I am with the Founding Fathers. Why those mo’fo’s anticipated everything going on today, even though they never did nothing democratically before! How’d they do that?

I’ve blogged and memed about this before. Check ’em out, if you haven’t before, or go back and revisit ’em again: Thomas Jefferson said, If we are to guard against ignorance and remain free, it is the responsibility of every American to be informed. Well, we done screwed the pooch on that one. And, someone asked Benjamin Franklin about the kinda government that the Constitution would provide, to which he replied, A republic, if you can keep it.

A Republic, If You Can Keep It

Democracy cannot be sustained by the ignorant and uneducated, especially by a population that does not have a strong grasp of civics and how their government works. A people who are too ignorant of their government that they don’t know who is responsible for the various functions of government, then we won’t vote to solve our problems. If we vote, we will vote for emotional reasons.  And, if we can’t even conceive of the problems much less the solutions, we are far too willing to hand the reins of government over to the false prophet who proclaims that I alone can fix it.

Souter (not a Founding Father, but an ex-supreme court justice) and Jefferson both warn against what will happen to our democracy if we are too ignorant of how our government works to hold those in the proper office responsible for the ways they screw things up. We already ascribe too much power to the presidency and too little to congress and the courts. Also, we blame Congress for being ineffective, but not our individual representative or senator.

Lucky, for us our good friends Daniel Kahneman and Amos Tversky and their gang of behavior economists have addressed the ways we cope with complex situations and can give us some insight and perhaps solutions to these problems. So, let’s take a look at what they have to say!

The nature of thought is that we are intuitive emotional decision makers using our rational minds to make excuses for our emotions or, on rarer occasion, to override our emotional decisions. Ha ha! That alone explains a LOT about our government. The other thing this bunch suggests is that thinking is hard, so, as a species, we evolved to avoid doing it whenever possible. One of our tricks is to make things we do repeatedly automatic, or habitual. So, how do we accomplish these amazing feats? Kahneman & Tversky have some helpful suggestions.

When faced with a complex question that makes us balk at thinking, we try to find a simpler easier question to answer instead, which explains why when you ask an employee about the puddle of drool on the report just handed in, you get nice compliments on your matching tie and shoes. Let’s look at the simple example that Kahneman offers in his book Thinking, Fast & Slow in Chapter 9 Answering an Easier Question:

You answer the door and find a young person soliciting donations. This person very helpfully shows you pictures of dolphins tangled in tuna fishing nets, the cigarette butts that populate the stomachs of dolphins (they resemble the small fish dolphins eat), and other horrific pictures of dolphins being slaughtered either directly or indirectly by human beings. And then asks you to donate to the Save the Dolphins Fund. 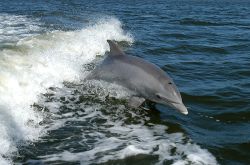 Kahneman contends that you don’t think about how much you have and how much saving the dolphins is worth to you and the planet in the face of all of your other expenses because that thinking would be hard. So, instead, you consider how emotional you feel when you see the pictures of dying dolphins. If you’re a sadist, you slam the door in the persons face and laugh at them and the those stupid dolphins. If you’re a bleeding heart liberal, you write them a check that will bounce when cashed. So, Paul Ryan is a sadist because he wants to take my mother’s Medicare from her! And, the Dems will bounce a check trying to save her — NOT! deficits decline under Democratic administrations! Ha Ha! But, thinking is hard, so we just assume that Dems are tax and spend and Repubicans are deficit hawks in contrast to all possible evidence. Fuck us.

Wait just one hootin’ tootin’ moment! I don’t think that I’m a $1.50 sorry for dolphins! I’m an American liberal high school teacher, where payment for being a teacher is stout beating once a week . Kahneman, though, is smart and has an answer. Our emotional selves will match the intensity of our emotions to the intensity of our conception of money. I’m poor, so a $1.50 feels like a lot and matches my intense sorrow for these poor creatures. Someone else who is a gazillionaire might reach into the can and pull out as much money as he can and then slam the door.

University students (probably taking an intro to psychology course and were bullied into participating as ransom for their grades that are being held hostage) were asked to answer two questions. The first group got these questions:

When the answers were analyzed, no correlation was found between the two answers. They were unrelated. Happiness did not depend on dating for most of the students. Individual answers did very.

Another group of students were asked the same questions, but in reverse order:

This time, the questions were highly correlated. Apparently, when thinking about the depressingly low number of dates they had — okay, I’m projecting a bit; I am, for all love, a blogger — correlated strongly with their happiness. The more dates, the happier; the fewer, the sadder.

When asked about their level of happiness these days, they answered a different question, how happy are you right now? After thinking about their dates, they were either in a good mood or a bad mood, and answered that question.

Think about Obamacare this way: if you’re asked about whether you like your health insurance plan, it really depends on your mood at that moment, and your mood can be manipulated. So, if your last experience was paying your new premium, which inevitably, is higher never mind that it is rising at a slower rate than ever before (see thinking is hard and we are being cynically manipulated by the GOP), you likely answered, hate it! But, if your last experience was having a major medical bill covered and receiving whatever treatment you or a loved one needed, you are likely to feel relieved and answer, love it! Which happens more often?

In psychology affect is a noun and refers to the visible signs of emotion. In this case, it refers to your likes and dislikes and how they affect (the verb) your preferences. For example, your attitudes towards irradiated foods, vaccines, and GMOs probably depends on your attitudes towards authority, science, and radioactivity. If you are suspicious of the man, then you probably are suspicious of all three and are likely to reject them. If you embrace science, you will likely consider all three and either accept them or reject them based on evidence. If you are authoritarian in nature, you’re likely to just accept what a demagogue tells you about them.

People are capable of having their attitudes manipulated by information and sensible reasoning if it is presented correctly. This heuristic goes along way to explaining why people’s attitudes towards Obamacare are changing as Obamacare is realistically threatened. Suddenly, you now must confront the idea of life without insurance, AGAIN! — the last time without insurance wasn’t that long ago — and you begin to focus on the benefits. When it was a fait accompli, you were free to focus on the disadvantages. 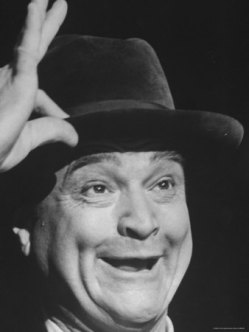 Now, imagine that you’re talking to your favorite drunk uncle about Obamacare and the GOP attempt to fleece us all for a few extra million for their favorite billionaire and convince us it is adequate healthcare. Your job is to put him in the best frame of mind possible: give him a drink — unless he’s a mean drunk, and then you should probably just not bother. And, ask him about something that he likes and enjoys — drinking! Ignore the glares of your mother and the look of worried concern from your dad. Help him remember the awful system we had before Obamacare by asking your parents about an old medical incident when they might’ve had difficulty paying for it. You might make some headway under those circumstances. Everyone feeling good about their current status of their health insurance.

So, when confronted by questions about health insurance, we will answer easier questions based on our current mood and likes and dislikes. This is why we are likely to break along the political divide. If you like Repubicans, then you’re likely to hate Obamacare and love the Ol’ Pussy Grabber regardless of any evidence to the contrary. If you like Democrats, then you’re likely to love Obamacare and resist any attempt to demagogue on healthcare by the Ol’ Pussy Grabber and the GOP.

It is that simple. 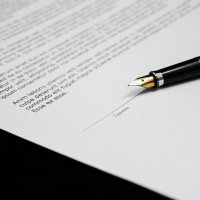 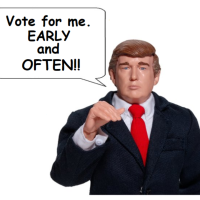 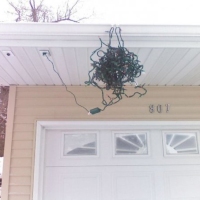 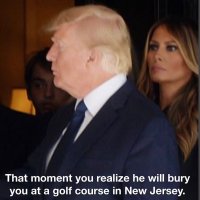