Has anyone else noticed that there is something wrong with our social discourse? Our understanding of how and why mass shootings occur or why we have 30,000+ gun-related deaths in the country each year? Anyone notice? Anyone? No? Just me?

Here we have a very troubled young man begging for help on social media and in his school. He literally posted the following:

He was expelled from the school! Anytime a child’s behavior devolves to the point that he or she is being expelled, it is a huge red flag. Not to say that he or she is going to shoot some place up, but to say that his or her mental health is poor. A lack of choice means poor mental health. When you’re expelled, you don’t have a choice. Choice has been taken from you.

But, that is not what I mean about our national dialogue on mass shootings. I mean that we are violating a fundamental tenet of what it means to be human because we cannot reduce the amount of gun violence in our country.

Human beings are supposed to be better when we work together.  We are supposed to be better when we pool our knowledge and our experience and our skills. And, it is true. This is called collective intelligence. Collective intelligence refers to the body of knowledge and skills that emerges from and is shared by a group when the group is attempting to solve a problem. This collaboration allows us to accomplish goals that no single person could achieve otherwise.

Democracy is an example of collective intelligence. Voting allows us to pool our judgement about who will best represent our interests. It allows us to consider multiple approaches to and solutions for our social problems, to set our social priorities, and to collectively act upon them.

We’ve seen lots of success with our pooling of our judgement. Here are some examples: social security has allowed 21 million Americans to live above the poverty line. We have the most powerful military in the world. For a short while, we reduced our uninsured rate to about 9% of the total population. No single person could achieve any of those things. It takes us as a collective to do so.

But for this type of collective response to work, we need to have expertise. None of the accomplishments listed above would happen without many thousands of experts in many hundreds of areas coming together to pool their knowledge and experience. For democracy, crowdsourcing, collective intelligence to work, there must be an element of competence in many areas of endeavor.

The uninsured rate and the ACA are also examples of what happens when we work together, when we pool our intelligence, education, experience, and skills. Contrast that with our reactions to mass shootings: we deliberately stop working together. It is as deliberate an act as inaction can be.

After the shooting at Umpqua Community College, Obama pointed our utter lack of collective action:

And, yet we have a Congress that explicitly blocks us from even collecting data on gun violence… how can that be?

Without the expertise that would develop from studying the antecedents to gun violence and ways of making guns safer and educating the public to prevent gun deaths, we are helpless awaiting the next gun suicide, drive by shooting, murder, and mass shooting.

By limiting us to responses of thoughts and prayers and admonitions to not politicize the tragedy and insisting that gun control is not the answer… somehow after this latest shooting, Ted Cruz has managed this hat-trick. Hmmm how much has the NRA given him? $10,150.00 which doesn’t sound like much until you realize that over a political lifetime those totals add up. Cruz is in his first term, and that was the amount given to him in that election cycle. The NYTimes aggregated lifetime donations from the NRA after the Las Vegas shooting.

So, let’s get on our phones and call, call, call your Senators and Representatives. We must embrace our humanity and start pooling our knowledge to protect ourselves from this slaughter. 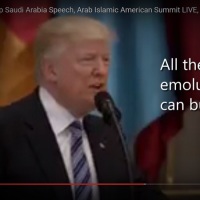 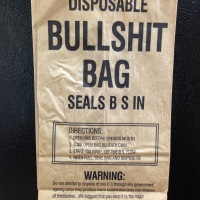