This is a great article analyzing Melania Trump, our so-called First Lady. It is a first class, interesting, and telling analysis. It provides some insight into her abused gaslighted fucked up world. So, read this shit and try to figure out whether you should feel sorry for her or hate her or… or… something.

Why won’t the first lady show up for her job? Why? I became obsessed with this question and eventually looked to Melania’s Twitter history for answers. I noticed that in the three-year period between June 3, 2012 and June 11, 2015 she tweeted 470 photos which she appeared to have taken herself. I examined these photographs as though they were a body of work.

Everyone has an eye, whether or not we see ourselves as photographers. What we choose to photograph and how we frame subjects always reveals a little about how we perceive the world. For someone like Melania, media-trained, controlled and cloistered, her collection of Twitter photography provides an otherwise unavailable view into the reality of her existence. Nowhere else — certainly not in interviews or public appearances — is her guard so far down.

What is that reality? She is Rapunzel with no prince and no hair, locked in a tower of her own volition, and delighted with the predictability and repetition of her own captivity.

Why not move to the White House? Let’s see.

Continue reading at Quartz: A deep analysis of Melania Trump’s social media photos reveals a woman in hiding from the world 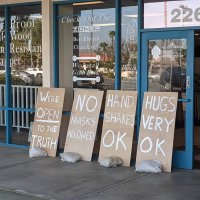