The Unproductive Malignant Narcissist WATCH: “…the healthiest individual ever elected to the presidency” EDITION 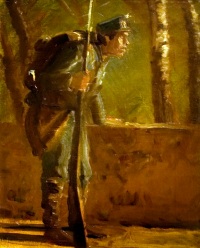 A twelve year-old ESL beginner could’ve done it better (pro-type: do a Google search for something similar). And, we all knew that the Ol’ Pussy Grabber wrote it because ridiculous, amirite?

If elected, Mr. Trump, I can state unequivocally, will be the healthiest individual ever elected to the presidency.

Now the truth can be told. The Ol’ Pussy Grabber dictated the letter to his long suffering humiliated physician.

Why would you try to pass off such a crappy facsimile of doctor’s letter? It was painfully transparent that no doctor worth her license would’ve written that thing. It was utterly clear that it was written by the Ol’ Pussy Grabber himself. So, why? You know why. He’s a narcissist.

Believes His Own BS

You need another example oozing from the unfortunate Dr. Bornstein episode? The Ol’ Pussy Grabber thinks that we don’t realize he’s bald! He was so pissed that Bornstein copped to prescribing him a drug, Propecia, that treats both prostate issues and promotes hair growth. WTF? It’s like the Ol’ Pussy Grabber really does have his head stuck up his own ass.

Holy fucking Rogaine Batman pin me down and shave my ass, he actually thinks people are fooled by that stupid comb over. Of course he does; he’s a narcissist, so if he thinks they’re fooled, then they’re fooled.

If you’re not staggered by the sheer hubris of these two amazingly transparent frauds, then your head is probably stuck up the Ol’ Pussy Grabber’s ass, too. If that’s the case, say hey to Sean Hannity for me.