The Ol’ Pussy Grabber has been impeached.

If your social media feed is anything like mine, you see people expressing bewilderment that the House and Senate GOP are still supporting the Ol’ Pussy Grabber, and even more bewilderment that support for him among the electorate has remained as high as it is.

On the surface it is bewildering. The evidence of corruption and malintent are so clear it begs the question of how could anyone support him? In the first installment of this stalled series of psysplainers on why opposition to impeachment and removal remains high and support for the Ol’ Pussy Grabber remains steady, I looked at polling by Ipsos/FiveThirtyEight around the issue and who believes what about what the Ol’ Pussy Grabber did and what should be done about it. Spoiler: the Repubes believe he did it, they jus’ don’t care. It was fun and interesting and depressing, and you should check it out!

This here psysplainer is going to focus on the gyrating cognitive gyrations that all those still supporting the Ol’ Pussy Grabber go through to get themselves to look like a inhumane pretzel yoga guru to which we all react with, Holy crap! I can’t believe any human being could take that shape! God it looks so painful, I’m gonna vomit! Seriously, if their cognitive dissonance got any worse, it would kill them.

This psysplainer will use four principles of behavior economics to explain the bewildering behavior of these folks. Luckily, each have been covered in Ye Olde Blogge before, so all you have to do is click on over to the original post for a more in depth explanation.

If you’re as big an irony fan as I am, then you’ll love this bit: these four tendencies of human thinking are the very things that enabled us to rise up out of our squalid beginnings as hunter-gatherers on the African savanna to our current position of planetary destroyer. The things that enabled us to get to where we got today are going to stop us in our tracks and keep us from going any further and probably cause another planet-wide mass extinction event in the process. Ain’t evolution grand?

Human beings evolved to work in a group, so like all of the other conservative myths, the lone wolf is bull shit. We rely on each other to remind us of stuff we can’t remember like who played the wife in Die Hard or what the price of hookers in St. Paul is. Now, we’ve extended our outsourcing of thinking to the Internet and ceded all searches to Google because what could go wrong with one company with a profit motive directing all of our quests for more information on a topic, amirite?

As it turns out, one way we vet information for believability, reliability, and validity is to check how well it matches up with the beliefs of those around us. If everyone around us is saying it, it must be true! What with our famed media bubbles keeping us from hearing much by the way of dissent from our favorite conspiracy theories, we are no longer challenged in our beliefs like we used to be. We are now even self-segregating to like-minded communities, so we don’t have to hear those pesky alternative facts except during our drunken holiday brawls with the in-laws that we all swear we’ll never go back to until the next year.

The corollary of collective intelligence is the mere exposure effect. If you’ve been exposed to information once, then you’re predisposed to believe it to be true the next time you encounter it. This is one of the benefits the Ol’ Pussy Grabber gets from his frequent lies. It is one of the keys to understanding the effectiveness of gaslighting.

So, why is it that the rank and foul Repubes don’t believe the Ol’ Pussy Grabber has done anything other than shit gold turds because that is what everyone around them believes and espouses.

When you saw Rep Doug Collins (R – Contorted Thinking) anguishing throughout the impeachment investigation and “debate” in his faux outrage, you were witnessing love child of cognitive dissonance and confirmation bias being born, motivated reasoning.

Cognitive dissonance occurs when you have a belief that does not square with an action, usually they concern yourself. For example, my old old university bookstore co-worker who purported to be a druid and, therefore, a fierce defender of the natural world from the harms that modern peoples would inflict upon it, all explained while smoking a cigarette during our break. Even agreeing that he and his body were part of the natural world and should be defended against harm and agreeing that smoking was bad for you. And, totally not getting it.

We can’t change the past, but we can change how we think, so when confronted with a belief that does not agree with an action, we change our thinking around the action. In the case of my druidic co-worker, smoking was bad for everyone else, just not for him.

President Clinton besmeerched and befouled the office of the presidency when he accepted a blow job in the Oval Office and lied about it under oath, but the Ol’ Pussy Grabber is perfectly fine in soliciting foreign interference in our election by trading publicly conferred aide for baseless investigations into political opponents because corruption. One was an unforgivable crime that could only be remedied by impeachment and removal and the other was a perfectly normal ordinary quid pro quo that all foreign policy is predicated upon, especially when you are a corruption fighter like the Ol’ Pussy Grabber. Again, I’m surprised the cognitive dissonance they’re engaging in ain’t kilt ’em yet.

Confirmation bias occurs when we only look for evidence that supports our conclusion. The investigation that AG Bill Barr-the-Door is forcing John Durham into fronting is a good example. When they find exculpatory evidence, they reject it and ignore it and discount its importance, but when they find anything the least bit out of kilter, they amplify it and trump up its importance. They are not making a fair and objective analysis of the evidence.

The conclusion that the Repubes have started with is that they’re right about everything all the time and any Dem thought, belief, or action will immediately burn the nation to cinders and must not be allowed to exist in the light of day. Therefore, any opposition to the Ol’ Pussy Grabber must be irrational hatred of our freedoms and democracy. See? It all makes sense now.

The sad part is that folks like Devin Moones, Gym Jordan, Gatt Maetz, and Dumb Collins don’t know that they are doing any of these things. They believe that they’re right. They really do. They believe that any lie they many need to tell in the defense of the Ol’ Pussy Grabber is justified because greater good. They won’t let themselves think past that thought if they’ve even reflected that much on their actions. They know that if they ponder too much about it, the whole house of cards is shattered like a glass house. The solution is is to (a) not think about the troubling parts (cognitive dissonance), (b) stare myopically at any shred of evidence supporting their points (confirmation bias), and (c) only go looking for evidence that supports their conclusions (motivated reasoning).

The really really sad part is the MoscowMitch, Sister Lindsey, Mother Pence, Bill Barr-the-Door, and Mike Pompous-ass-eo all know exactly what their doing.

These cognitive tendencies explain the Congressional and party Repubes, but what about the rank and foul Repube electorate? One thing that explains their choice of supporting the Ol’ Pussy Grabber is a direct application of motivated reasoning to decision making, and that is the easier question heuristic.

It is as if we answer an easier, but related, question when we are asked a hard question. Answering a hard question is, well, hard. It requires thought and effort, and no body likes that. Consequently, when confronted with a difficult question, Which beer should I buy? we answer an easier question, Which beer can I buy more of? Which coffee is the best? gets replaced with Which coffee has the coolest image? So, when the average racist supporter of the Ol’ Pussy Grabber gets asked, Should the Ol’ Pussy Grabber be impeached? Instead of weighing up all of the evidence and considering the Constitution and recalling all of the lies, emoluments, self-dealing, and other forms of corruption, they answer this question instead, How much do I like owning the libtards?

When I see my liberal and progressive friends and allies on social media bitching about the hypocrisy of the conservatives, I remind them that they revel in their hypocrisy. They’re proud of it. It is just one more insult to injure a libtard with.

When I see liberal and progressive talking heads wonder for the umpmillionth time when the Repubes will grow a spine or a pair and stand up to the Ol’ Pussy Grabber, I think to myself, that they want exactly what is happening and they are contributing as best they can.

We evolved these tendencies to help us survive as hunter-gatherers living in small communities of no more than 150 individuals. Since we work better as a group than as individuals, it is imperative that we bind our groups together or get et by lions, tigers, and bears and such since they are much better solitary predators than we are. When the world was easily interpretable and there was very little ambiguity, it was far more important to maintain group cohesion and agreement than anything else. These cognitive principles evolved to help us do that — bind the group. Now that the world is ambiguous and complex and facts can conflict, they are tearing us apart. Unfortunately, we have leaders who are willing to wield them like weapons to tear others down and maintain their own positions of wealth and status. 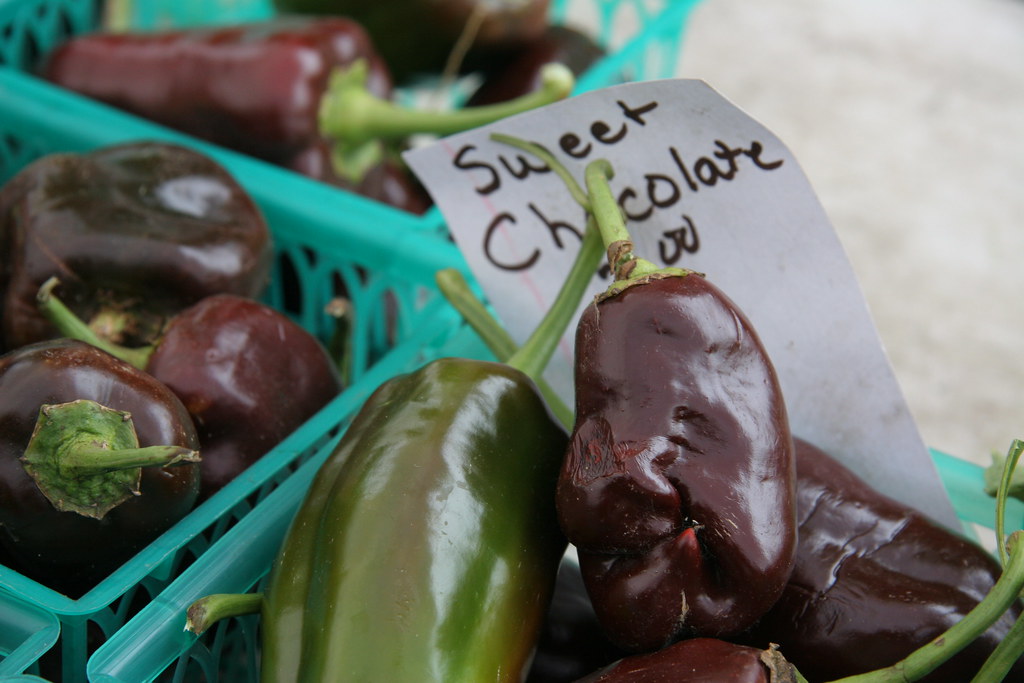 “sweet chocolate” by meriko is licensed under CC BY-NC-ND 2.0